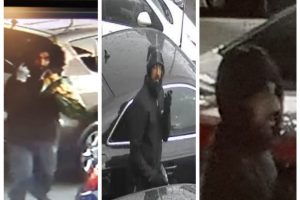 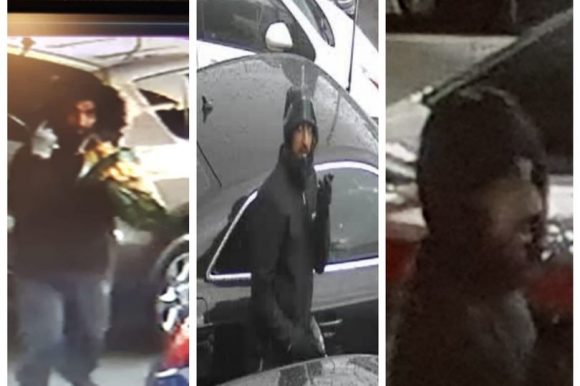 Can you identify serial thief targeting dealership forecourts in a series of part stealing raids?

A serial thief is targeting car dealerships and stealing high value parts from forecourts in the Chorley, Wigan and Bolton areas.

The criminal sneaks onto dealership forecourts and removes items from the cars on display and has so far stolen in excess of £10,000 worth of parts.

A joint operation between police forces in Lancashire and Greater Manchester has been launched to try and catch the thief who has targeted six dealerships over a 14-month period that police know about.

The thefts started in June last year and the most recent took place just over a month ago. It is not known which dealerships he has been targeting or which car parts have been swiped.

Police have now released CCTV images of the man they believe is responsible for the thefts in the hope he can be identified and tracked down.

A Greater Manchester Police spokesperson said the incidents are believed to be linked.

The spokesperson told a local newspaper in the area: ‘We are investigating a series of car thefts from dealerships in Bolton and have released images of a man they want to speak to in connection with the incidents.

‘Though the incidents have mainly taken place in Bolton, they have also occurred in the Wigan and Chorley areas.

‘Officers have been made aware of at least six incidents of a man breaking into several vehicles on various showroom forecourts.

‘All of these incidents are believed to be linked and investigators wish to identify the pictured man and speak to him about the thefts.’