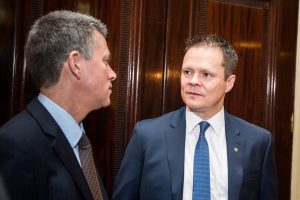 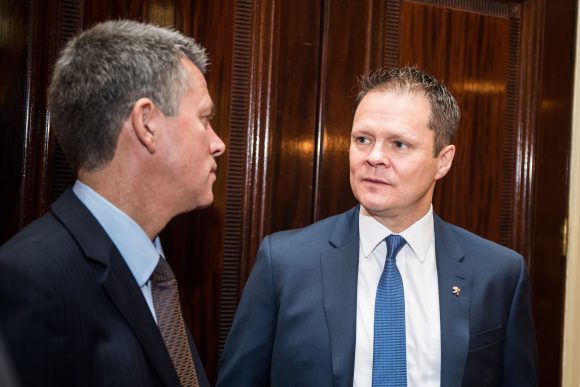 Car bosses: Brexit could cause sales to fall 10 per cent in 2017

THE IMPACT of Brexit – if and when it is triggered by the government – will have a profound and dramatic effect on car sales in 2017.

That is the damning verdict that was delivered by some of the most important UK car industry bosses at Car Dealer Magazine’s annual Automotive Influencers event.

The panel – which included bosses from seven UK car manufacturers and two dealer groups – said Brexit could see sales fall by as much as 10 per cent as uncertainty among buyers about the economy steers them away from dealers.

Managing director of Peugeot UK David Peel, pictured above right, said: ‘The SMMT, which is an association of everyone’s views, sees the market total at about 2.9m this year. I think as a French car manufacturer we see it lower than that in 2017, with a view it could be anything from 2.7-2.8m.’ 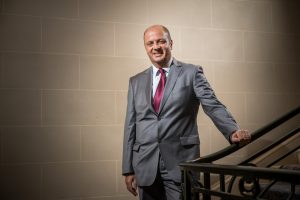 Fellow French firm boss, Bek Hassan, of Citroen UK, added: ‘I would say the market will be down overall, maybe in retail terms down slightly more. It’s difficult to be precise, but I would imagine the market might be something like three or four per cent down.’

Lookers CEO Andy Bruce said his firm has still estimated a drop in new car sales in 2017, but only of around five per cent.

He said: ‘I think if I’m going to be surprised, I’ll be surprised on the good side. It might not drop at all.’

Meanwhile, Ken Savage, chairman of Perrys, said he agreed with the general view that the new car market will be down in the next 12 months.

He said: ‘This year’s been a very, very strong year, perhaps too strong, as perhaps there’s been too much push from the manufacturers. A bit less might be good for the dealers. I think we’re going to see that.

‘How much less? I don’t know. Probably not significantly less at the end of the day. If the manufacturers have built those right-hand drive cars, they’re going to be sold, and they’re going to hit the UK market. One way or the other, the dealers are going to have to sell them to the public.

‘The concern is whether the manufacturers have got the marketing support to help the dealers get them out there. Next year could be a bit choppy, but we don’t see it hugely different to this year.’

Peugeot boss Peel added that he hopes the government will give the industry the support it needs as uncertainty around Brexit looms, even calling for a new scrappage scheme to be introduced.

‘I think the challenge from Brexit will inevitably be the forex [foreign exchange] impact and the cost of bringing vehicles into the UK. I just think that the motor industry, as well as most of the vehicle industry in the UK, will need as much support from the government as possible,’ he said.

He said: ‘Six months after the Brexit vote we’re still looking for some certainty as to how the negotiations are going to play out and over what period of time. What our industry needs as a global industry is consistency and certainty. We haven’t got that yet.

‘We’re in dialogue through the SMMT with the government and what we’d encourage is that continued dialogue to ensure that the very important UK automotive industry is well represented in all the discussions on how we move forward with regard to Brexit.’

The full report from Car Dealer Magazine’s Automotive Influencers event will be published in the next issue of the magazine, out on January 23.

MORE: Taylor Swift is Christmas number one at Mitsubishi dealership