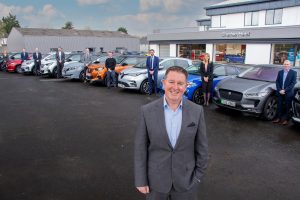 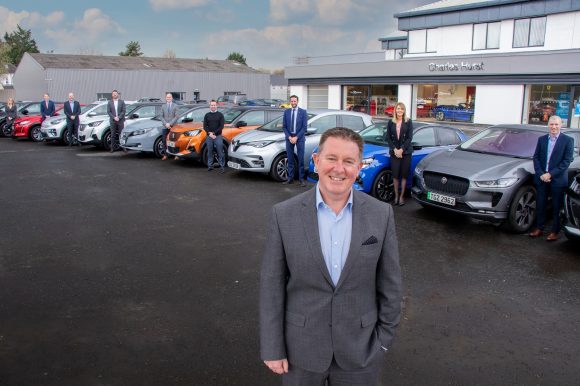 Car retailer Charles Hurst, has pledged to make its entire estate carbon neutral as the firm looks ahead to its 110th anniversary next year.

The Lookers-owned company, which is the largest car retailer in Northern Ireland, has announced a number of measures designed to help it reach net zero.

There will be roll-out of an extensive electric vehicle charging network powered by renewable energy with proposals also in place to extend its programme of reducing internal energy use and raising recycling rates.

Jeff McCartney, operations director, at Charles Hurst, said: ‘Our industry has an important leadership role to play, not only because of the ambitious targets set out for the roll-out of electric vehicles to replace diesel and petrol, but because we have an opportunity to lead by example in our own businesses.

‘We are committed to continuing our investment in this area.’

The firm operates across eight sites in Northern Ireland, including its flagship dealership in Belfast, and two in the south.

It was founded in 1911 and bought by Lookers in 1996. It now represents  more than 20 of the world’s top manufacturers.

Bosses have been moving towards a greener future for some time and invested £3.5m on sustainability transformations earlier in the year.

The money was spent on a number of measures including a company fleet of fully electric and hybrid vehicles for employees and an extensive charging infrastructure programme.

McCartney added: ‘Like many organisations, we also recognise that our activities have an impact on the environment and so we are keen to promote and support initiatives that minimises our footprint through our own environmental policy.

‘As we move to a new electrified future, we want to continue to lead from the front which is why we’re fully committed to making our entire estate carbon neutral.’

Mark Raban, Lookers chief executive, said: ‘Charles Hurst continues to play a big part in Lookers’ success and I’m immensely proud of the contribution it makes through its dedicated teams of talented, friendly and hard-working staff who expertly serve our local customers every day.’