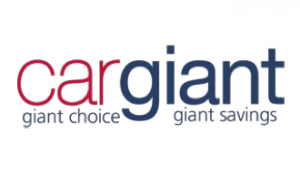 THE performance of Cargiant has continued to power ahead this year after it delivered record profit and sales in 2013.

Turnover at the world’s largest used car dealership has already increased by 20 per cent over the eight months to 31 August 2014.

Managing director Tony Mendes said: ‘We are pleased that sales in the first eight months accelerated ahead of what was a very strong performance in the same period last year.’

Mendes added: ‘The record annual results of Cargiant were a testament to the hard work and expertise of our staff, many of whom are from the local community. Their commitment to delivering first-class service across all departments – along with our substantial investment in IT and commitment to value pricing – enabled Cargiant to attract many new, and welcome back lots of existing, customers throughout 2013.’

The company stocks up to 7,000 cars, including 2,000 on display, at its site in north-west London that also houses its large car preparation facility.

Cargiant also delivered a strong rise in its operating margin from 6.2 per cent to 7.7 per cent last year.

To help it further achieve its growth objectives, Cargiant has also submitted planning permission for the construction of three multi-storey car parks at its Old Oak Common site in London for the storage of vehicles.