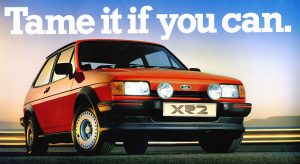 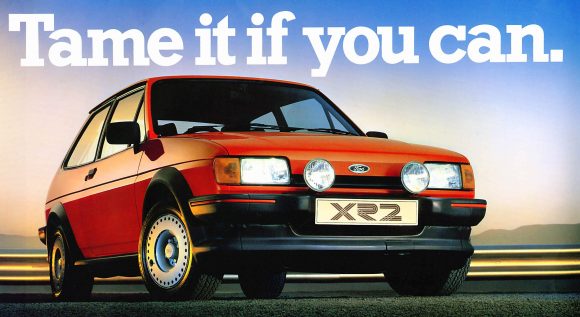 Selling a car you wish you hadn’t is a hard thing to deal with. Once it’s gone, it’s gone, after all – save for a few cases – and when you’ve handed the keys over it’s unlikely that you’ll see them again.

Of course, cars are bought and sold each and every day, but certain sales sting more in the memory than others – even for car dealers.

It could’ve been a car that has turned out to be a classic, or one which was embedded with memories you wish you hadn’t let out of your sight.

For some fun, we asked our forum members to highlight any cars that they wish they hadn’t sold and – would you believe it – we were inundated with replies.

We’ve picked out some of our favourites – but first, let’s take a look at a certain Mr Baggott’s entry and the car which kicked this thread off. Oh, and if you’d like to check out any other entries – or even submit your own – then head to forum.

James’ pick of his past purchases goes to a Fiesta XR2, a car he purchased while working at his first job at the Dorking and Leatherhead Advertisers. Sadly, the running costs of the XR2 – now an iconic modern classic – were too much for the time, and James’ brother quickly jumped a the chance to swap the punchy little Fiesta in for a much more sensible – and economical – Popular Plus.

Thankfully this car ownership went full circle and James now owns another XR2, which sits in the lock-up at Blackball HQ. Even though it doesn’t get moved all that often, James says that he ‘loves every minute behind the wheel.’

Leading on from the hot hatches of the 1980s theme came Nick M.K and the tale of his Peugeot 205 1.6 GTI. An icon of the scene, Nick managed to snag the keys to the Pug thanks a ‘very lucky’ eBay purchase and the princely sum of £600. This wasn’t a long-legged tale, however, as within days Nick had already shifted the GTI for £1,500. Despite the impressive return, Nick wished that he’d kept hold of the 205 for a little longer, but that the return he managed to get at the time would still interest him today.

Moving away from hot hatches and into the more luxurious end of things, we move to Mark101’s Jaguar XKR. Mark told forum users how much he loved the addictive sound produced by the Jag’s raucous V8 engine and that, even after he shifted it, people would still recognise him as the chap who owned the XKR.

But much like James’ XR2, this wasn’t a love affair consigned to the past. Mark managed to get his hands on similar XKR through an auction last year, and is once again happy to be behind the wheel of this iconic Jaguar.

Subaru’s Impreza WRX STI Type R V might be a bit of a mouthful, but it was a car which Mark TVS was happy to talk about at length in the forum. Blue with gold wheels – ‘obviously’, says Mark – the car stayed with Mark for some time before he sold it for around £4,000 eight or nine years ago. This was a car which thankfully went into a happy retirement as, after some online sleuthing, Mark discovered that the Scubie now takes pride of place in a car museum in Holland.

If you’d like to join the conversation, become a Car Dealer Forum member by clicking here and get involved.