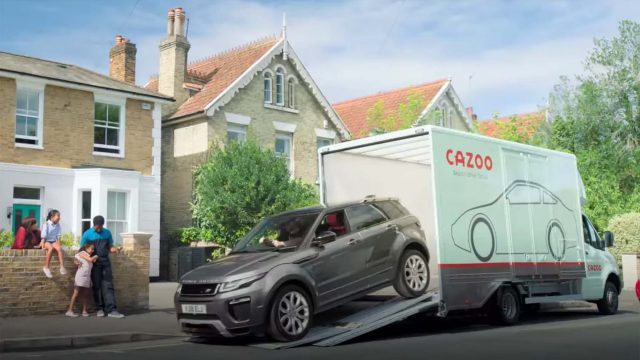 Cazoo fends off advertising challenge by SMTA over subscription service

Cazoo didn’t break any codes by referring to pre-registered cars as new, the advertising regulator has said.

The Scottish Motor Trade Association (SMTA) had challenged the online car retailer’s website over a link it saw in June this year, stating ‘New cars for subscription’.

The relevant page continued to refer to ‘new cars’ and had another link labelled ‘Search new cars’.

A search result could be filtered for new and used cars, and when the ‘New cars’ filter was used, each listing had the label ‘New car – subscription only’, said the Advertising Standards Authority (ASA).

However, the SMTA said it believed that pre-registered cars were described as ‘new’, which it challenged as misleading.

In its response to the ASA, Cazoo said its subscription service was a regulated consumer hire business and none of the cars available for hire via the service could be bought on its website.

The retailer added that if people bought a pre-registered car, their name would be second on the registration document, which would have a detrimental effect on the car’s asset value, with products such as warranty, insurance and breakdown cover also possibly being affected.

However, Cazoo said it believed that no such detriment existed for its subscription service, as the consumer never owned the subscription car, therefore the impact of pre-registration on the asset value was irrelevant to them.

In addition, the subscription service included extras such as insurance and breakdown recovery so the pre-registered status of Cazoo’s subscription cars didn’t matter to the consumer.

Cazoo also said that pre-registration was a legal necessity for its subscription service, with itself as the owner of each car available for subscription and staying so for the term of any active subscription.

When the car was bought for that purpose, Cazoo said it had a legal obligation to register the car and so all its subscription cars listed as ‘new’ were necessarily pre-registered.

Cazoo added that by contrast, it was established practice to buy a new car without the dealer pre-registering the car.

Instead, the dealer typically made the first registration at the DVLA on behalf of the buyer, so that the buyer was the first name on the list of registered keepers for the car.

For subscription customers, factors that affected the asset value of a car such as pre-registration were irrelevant to assessing whether the car was ‘new’, it said, commenting that it believed that subscription consumers understood the label ‘new’ to correspond to the car being high quality and having very low usage before they got it.

It said that the new cars offered as part of its subscription service all had fewer than 500 miles on the clock.

That allowed very limited driving for testing, delivery and demonstration, meaning that its subscription customers got cars that were very high quality and as near to the beginning of their operational lives as was practically possible.

It also said there was a guarantee allowing customers to return a car within seven days from the start of their subscription and to drive 250 miles during that time.

If a subscription car was returned in that way, it would be relisted as ‘new’ after inspection and valeting, but only if the car’s condition was still very high and the mileage remained below 500 miles.

The ASA didn’t uphold the SMTA’s challenge, and in its ruling said it believed consumers would understand that where cars were listed or described in the ad as ‘new’, they would have minimal mileage and no previous owner.

It stated: ‘Therefore, although we understood new subscription cars were pre-registered, because ownership was not transferred to the consumer, and consumers would not expect it to be, we considered that information would not be material in those circumstances.

‘We concluded that the ad’s description of pre-registered cars as ‘new’ was not misleading.’