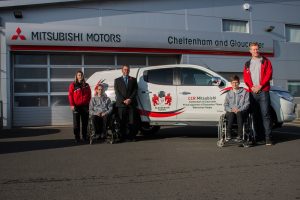 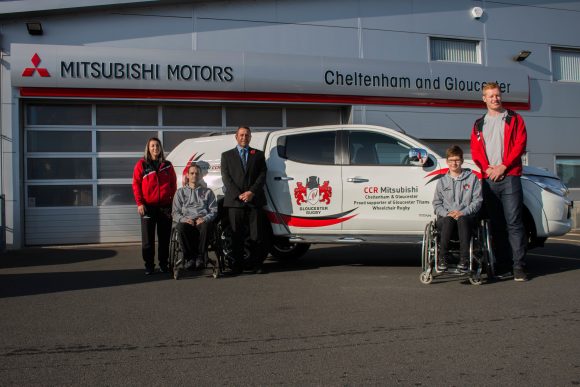 GLOUCESTER Wheelchair Rugby Club’s league side will now be known as the Gloucester Titans after receiving support from CCR Mitsubishi’s Cheltenham and Gloucester dealership.

It will help the Titans, alongside Gloucester Rugby, introduce wheelchair rugby to schools and groups across the county. Not only will it spread the word about the sport, but it will also bring them a new set of fans as they seek to gain promotion from Division 2 of the Super Series.

The Gloucester Rugby Community Department has been given a new Mitsubishi L200 Titan pick-up, allowing it to transport the large amount of equipment and chairs to and from sessions and competitions, and to build awareness of  the sport.

Nicole Talbot, community outreach co-ordinator at Gloucester Rugby, thanked Mitsubishi Motors UK for the vehicle and its continued support, alongside the main wheelchair rugby club sponsor EDF Energy. She said: ‘We’re indebted to our sponsors and partners for the support, and the Titan vehicle will be a great asset for the whole team to continue to deliver our programmes.

CCR managing director Tim Bagnall said: ‘Mitsubishi has a long-standing partnership with rugby, and in particular Gloucester. At CCR we always look to support great causes where and when we can, and we are delighted to be able to help the Gloucester Wheelchair Rugby Club with transportation and, in turn, raise awareness for them.’

On SuperUnleaded.com: China Dazzles When It Comes To Motoring Punishments