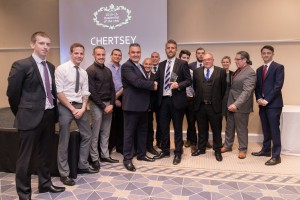 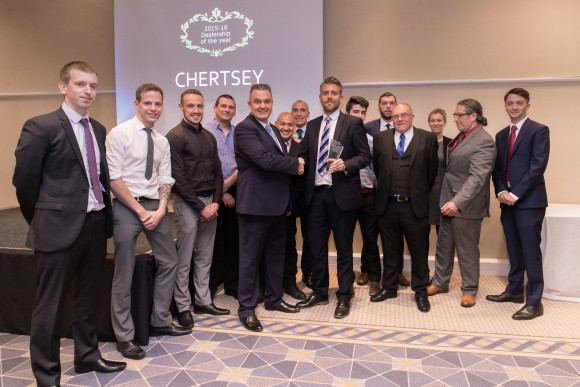 THE UK’s largest Mitsubishi dealer group, CCR, has presented its annual awards to its top-performing dealers.

Chertsey Mitsubishi won the dealership of the year award for the second year running, as well as taking home the aftersales department of the year trophy. The Wiltshire dealerships in Swindon and Melksham won four of the nine awards between them at the ceremony held at Alexandra House, near Swindon.

Melksham Mitsubishi was named most improved dealership of the year, while the dealership’s Lee Collison was crowned technician of the year and Claire Turner and Sarah Williams shared the aftersales advisor of the year award. The award for sales department of the year went to Swindon.

Tim Bagnall, managing director of CCR Mitsubishi, which has eight dealerships across the south, said: ‘I am very proud of all our award winners. We have had some absolutely fantastic performances.’

Saul Hodder, regional general manager of Chertsey Mitsubishi, said: ‘I am delighted for the team to have won dealership of the year once again. The award is testament to the hard work they have put in and it’s great to see that recognised.’

Andy Jackman, regional general manager of Melksham and Swindon Mitsubishi, said: ‘I’m really pleased to see Melksham named most improved dealership of the year, because a lot of hard work has gone into turning it around.’

Long-service awards were also presented to the following employees: