Home > CDX > CDX18: ‘Car finance is not a threat for dealers, it’s an opportunity’ 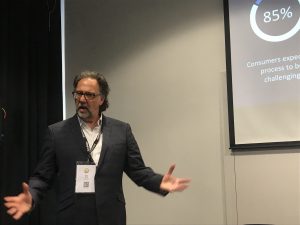 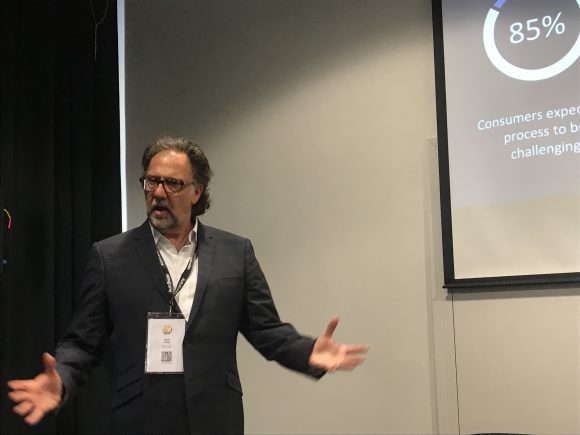 CDX18: ‘Car finance is not a threat for dealers, it’s an opportunity’

THE car finance bubble isn’t set to burst – there isn’t a bubble even there, says Auto Trader.

That was the thrust of an informative statistics-led workshop about the car finance industry by Auto Trader insight director Nick King today, who told his workshop audience how finance presented an even greater opportunity for dealerships.

The car finance industry has been somewhat turbulent recently, with discussion around a consumer’s ability to pay for a new car, as well as scams that buyers have been tricked into, although these are few and far between.

King said: ‘Monthly is king. We live in a world where everyone thinks about what things cost a month. Phones, electric, gas, insurance premiums – for many, are all paid for each month.

‘For this reason, car finance is not a threat, it’s an opportunity for dealers – particularly ones dealing in used cars.’

King, who joined Auto Trader in 2007 as its market research and insight director, used Auto Trader’s latest stats from 2,500 consumers to look at car-buying trends and what the key concerns for consumers were when buying cars.

He said that seven in 10 of consumers valued monthly fees as most important when financing a vehicle, with less than a quarter of buyers concerned about APR rates – something many dealers promote.

‘Fifty-two per cent of people don’t look at interest rates when buying a car on finance [according to Auto Trader’s survey]. Not that many people really care about APR rates unless they are over 10 per cent.’

While Auto Trader says this is mainly led by new cars, with 88 per cent of new cars being financed compared with less than a third of used cars, King said there was a ‘huge opportunity for car finance with used cars’, especially when most dealers and manufacturers still presented their cars for sale at their full list price.

CDX18: The key website features that will help you win more business