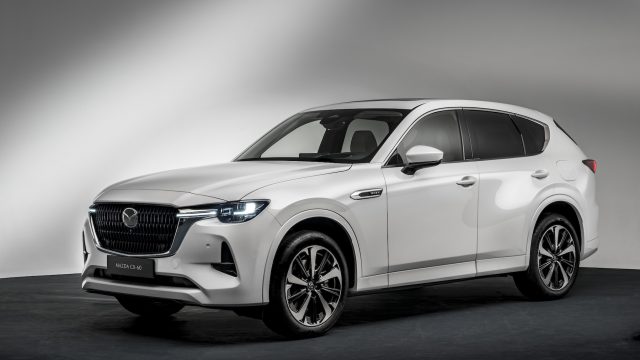 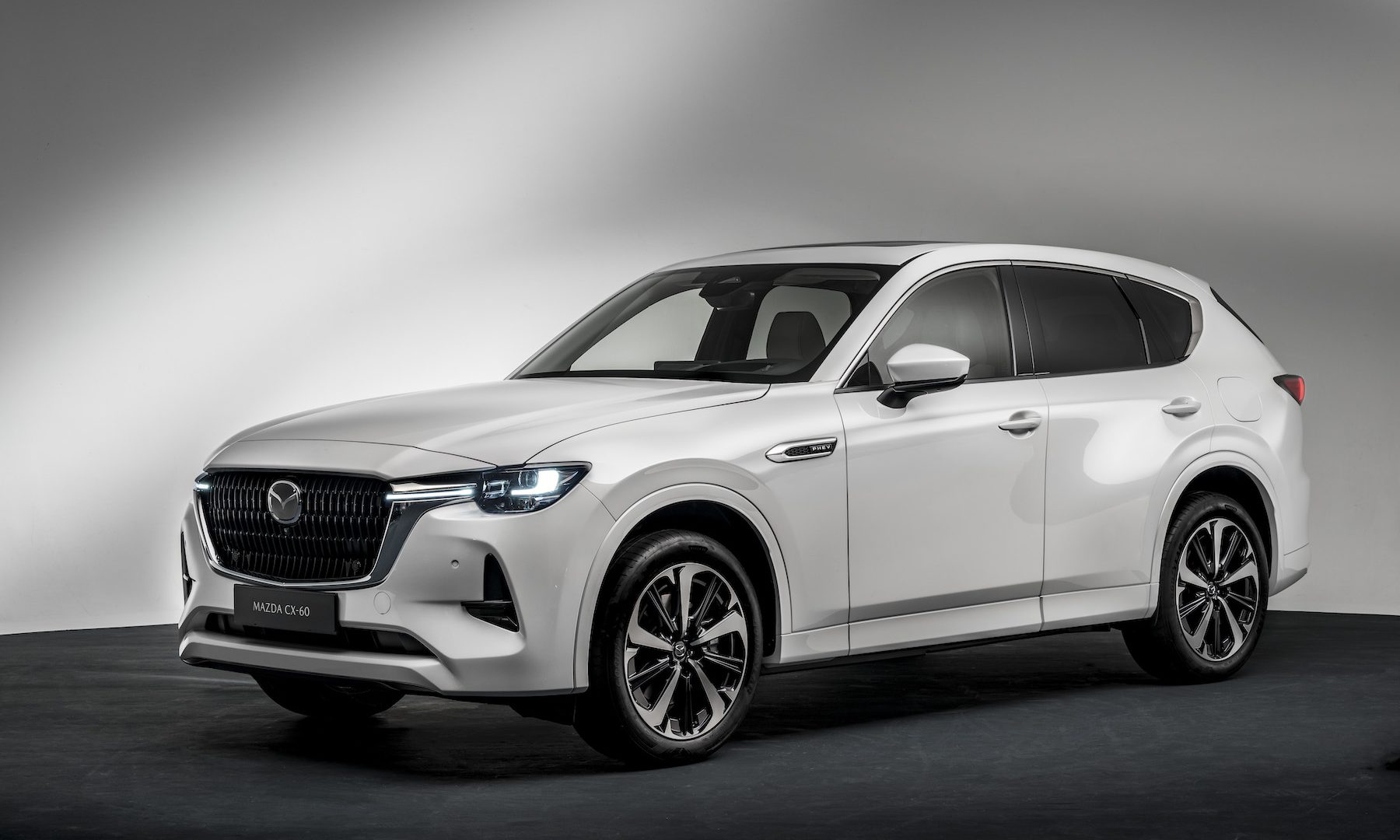 Mazda has revealed a new range-topping model for the UK as it seeks to push itself more upmarket.

Under the bonnet lies a 2.5-litre four-cylinder petrol engine with a 100kW electric motor and a 17.8kWh battery.

Combined power output is 322bhp and 500Nm of torque, which makes it Mazda’s most powerful road car.

Despite this high output, the firm claims a combined fuel consumption of 188mpg alongside emissions of 33g/km CO2, and a pure electric range of 39 miles (42 when just driving around the city).

The CX-60 is part of Mazda’s plans to push itself more upmarket, and as such comes in three luxurious trim levels.

Homura cars gain 20-inch black alloy wheels and a dark plated grille surround, as well as seat heating for the outer rear seats and Mazda’s Driver Personalisation System which is capable of recognising the driver via facial recognition and adjusting the car’s settings to their personal preferences. Homura-grade cars start from £46,700. 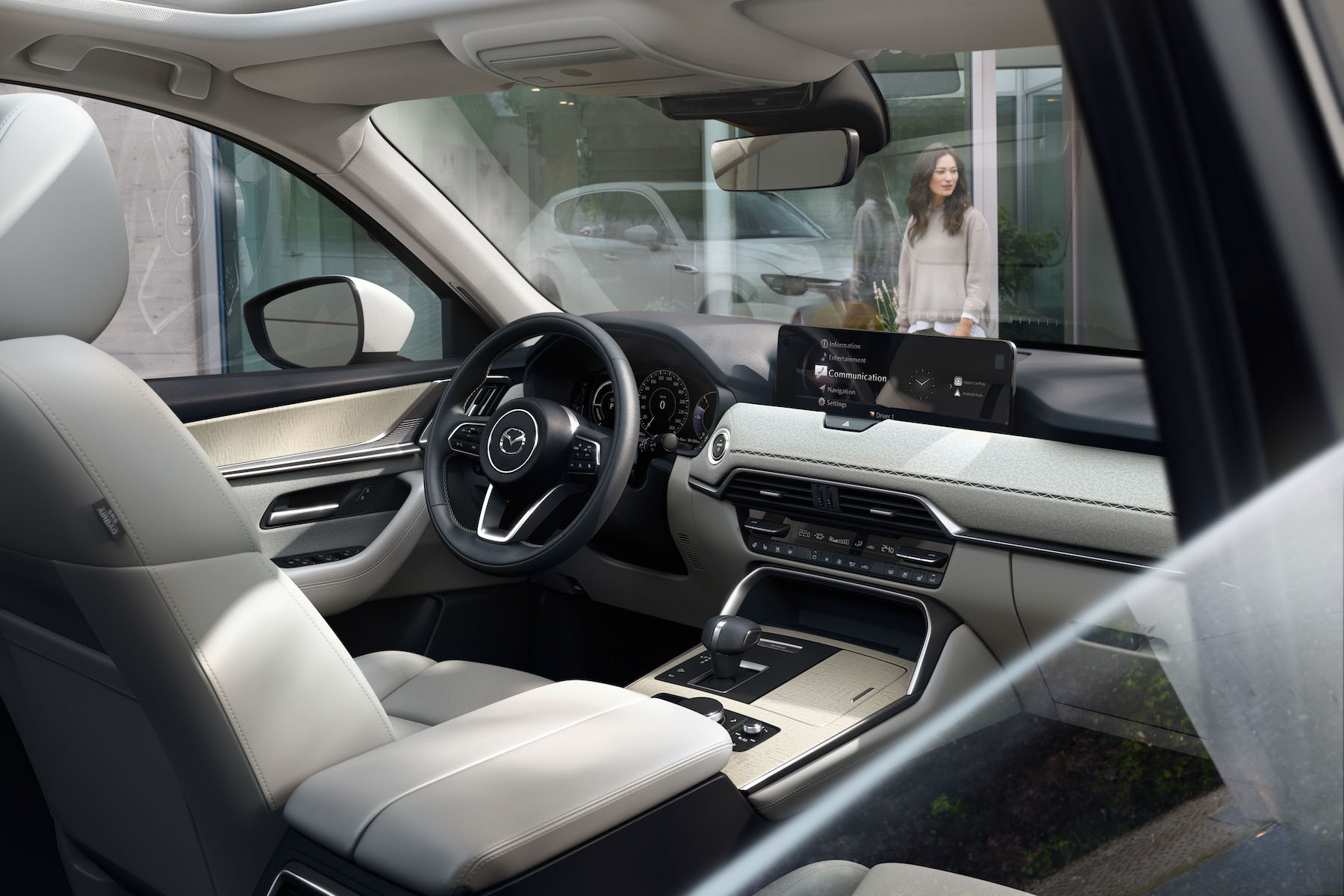 Priced from £48,050, Takumi cars benefit from 20–inch machined alloy wheels and a chrome-plated grille. There’s also the option of adding the £1,000 convenience pack which brings privacy glass and a 360-degree camera, while the £1,100 Driver Assistance Pack brings additional safety equipment.

Mazda says the CX-60 features an interior of ‘the very highest standards of craftmanship’, and combines materials such as maple wood, nappa leather, textiles and traditional Japanese stitching techniques.

The CX-60 sits on a brand new, rear-drive-biased platform and arrives as Mazda’s first Large Product group car. It’ll be joined by the three-row CX-80 at a later date.

Along with the plug-in hybrid powertrain, Mazda will also introduce a brand new 3.0-litre straight-six petrol and a 3.3-litre diesel, both of which will feature 48-volt mild-hybrid technology, to the CX-60 range later on.

Mazda Motors UK managing director, Jeremy Thomson, said: ‘The Mazda CX-60 heralds the start of a new chapter for Mazda, not only is it our first car with a plug-in hybrid powertrain, but it also sets new standards for interior quality, design and technology – highlighting Mazda’s uniquely Japanese premium brand direction.’

He added: ‘I can’t wait for our customers and dealers to experience the CX-60 later this year, with the positioning of the high voltage battery at the centre of the car and as low as possible, this is a PHEV with a particularly low centre of gravity.

‘This, combined with a permanent all-wheel drive system incorporating shaft-driven transfer of torque between the axles, gives the car superior handling characteristics on a par with the best in the premium segment.’