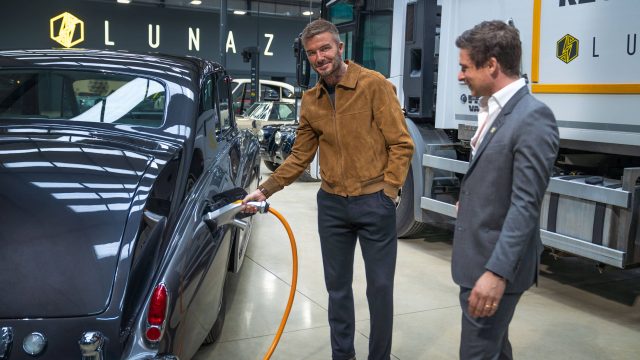 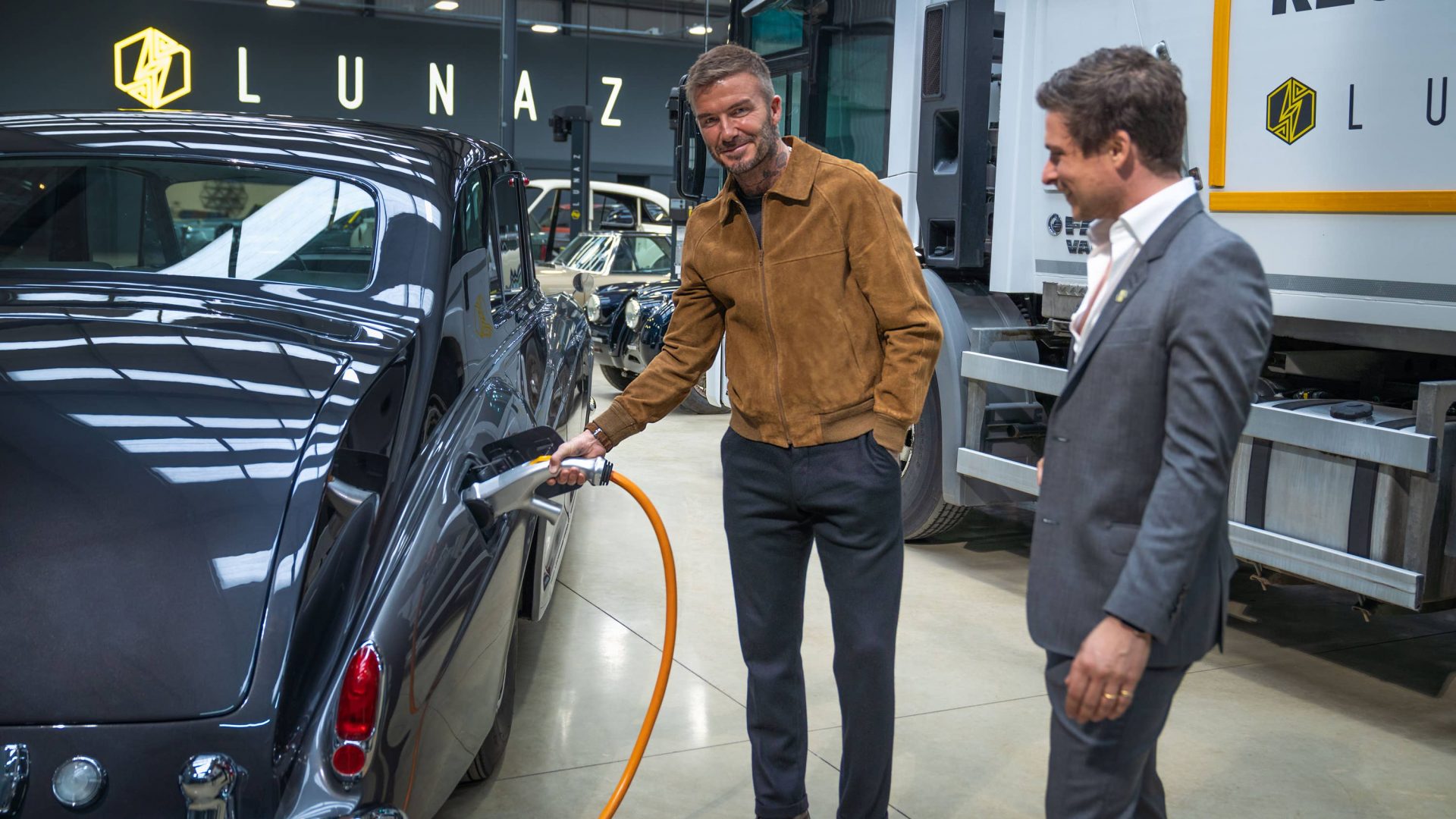 Lunaz, the UK-based company that’s made a name by electrifying classic cars, has received new backing from David Beckham.

The former professional football is said to have taken a 10 per cent share in Lunaz, and has joined the likes of the Barclay Family, the Reuben Brothers and Alexander Dellal as investors.

Founded by David Lorenz in 2019, Lunaz has so far created fully-electric versions of the Range Rover, Jaguar XK120 and Bentley and Rolls-Royce models.

The cars are powered by large-capacity batteries capable of delivering ranges of up to 300 miles.

Beckham said: ‘Lunaz represents the very best of British ingenuity in both technology and design. I was drawn to the company through their work restoring some of the most beautiful classic cars through upcycling and electrification.

‘David Lorenz and his team of world-class engineers are building something very special and I very much look forward to being part of their growth.’ 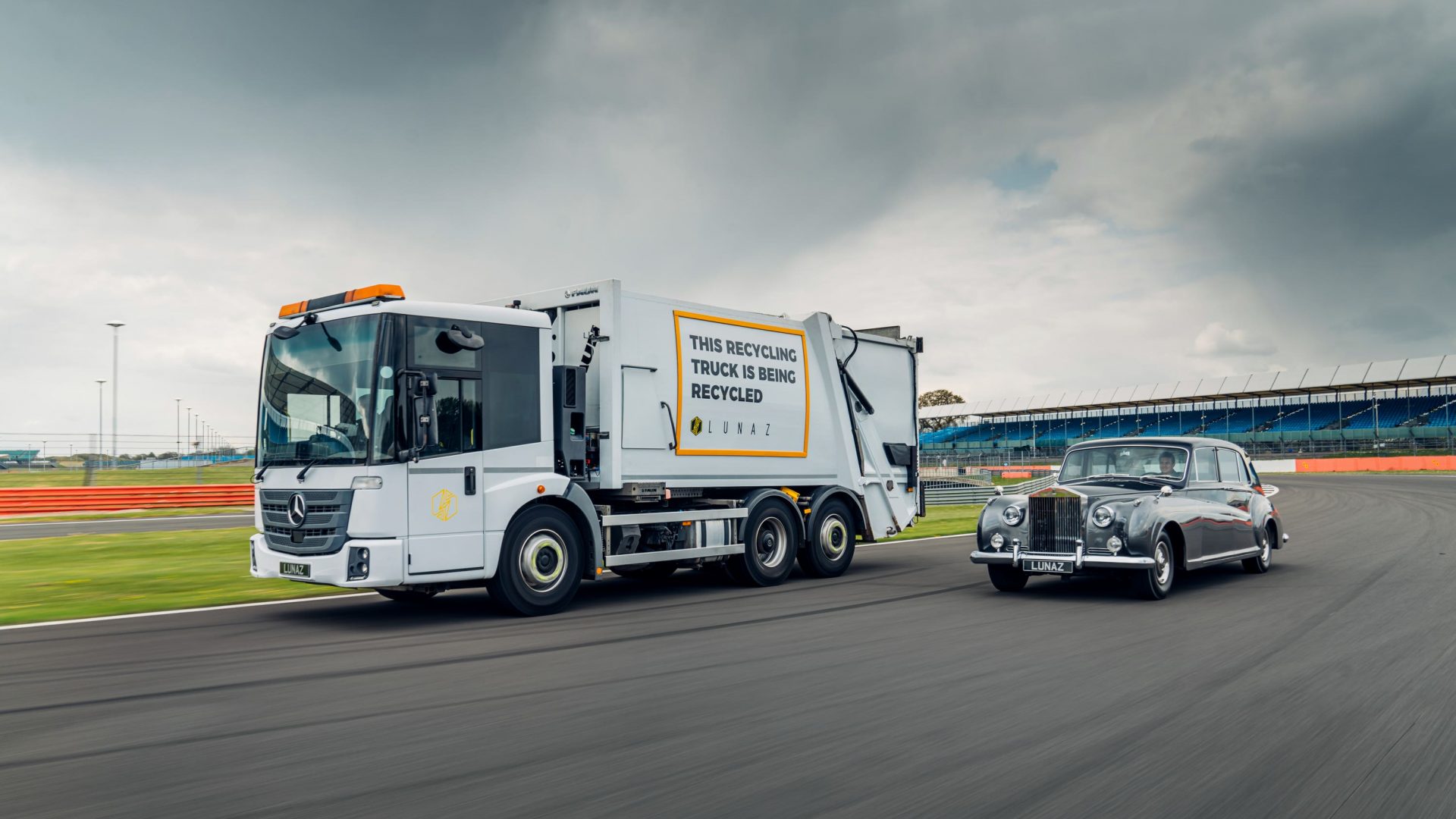 Lunaz currently has a headquarters in Silverstone and aims to create more than 500 skilled jobs at Silverstone by 2024.

Following this new run of investment, Lunaz has announced that it is planning to expand into the upcycling and electrification of industrial vehicles.

By doing so, the firm says that it will extend the life of up to 70 per cent of the existing weight and embedded carbon within a vehicle while saving operators additional costs by replacing the need to get new vehicles.

David Lorenz, founder and CEO, Lunaz, said: ‘The upcycling of existing passenger, industrial and commercial vehicles presents a sustainable alternative to replacing with new. Our approach will save fleet operators capital while dramatically reducing waste in the global drive towards de-carbonisation.

‘This top tier investor commitment is testament to Lunaz’ path to defining the market for remanufacturing and conversion to clean-air powertrains.’

The powertrain with which to power these vehicles has been developed under the management of Jon Hilton, who was a championship-winning F1 technical director.