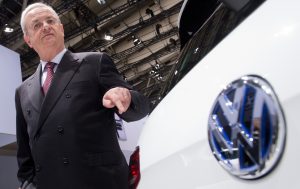 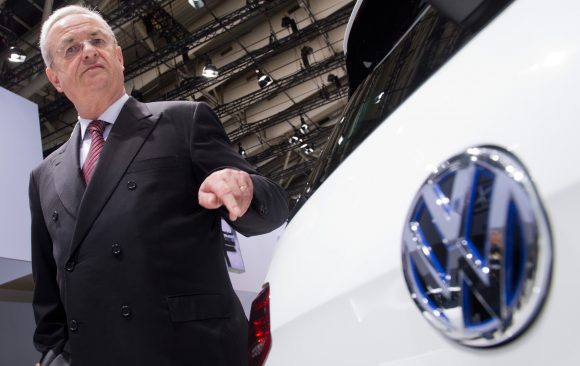 GERMAN prosecutors have opened an investigation into Volkswagen’s former CEO over allegations of market manipulation in connection with the company’s emissions rigging scandal.

Martin Winterkorn and one other unidentified VW employee are being investigated in connection with allegations they did not release information about the manipulation in a timely manner.

The investigation was launched at the behest of Germany’s Federal Financial Supervisory Authority.

Winterkorn stepped down as the scandal came to light, saying he was doing so ‘in the interests of the company even though I am not aware of any wrongdoing on my part’.

German stock market law requires publicly-traded companies to alert investors as soon as they have unforeseen developments that could affect a decision to buy or sell the stock. Prosecutors said that Volkswagen only made that notification on September 22, and that there was evidence that the disclosure obligation should have been fulfilled earlier.

The news release said that the second employee is not the current board of directors’ chairman, Hans Dieter Poetsch. Mr Poetsch was chief financial officer under Mr Winterkorn but has since left that post.

Volkswagen has already said in response to an investor lawsuit that it met its disclosure obligation.

Volkswagen has admitted equipping cars with software that sensed when the car was on a test stand and turned off emission controls during everyday driving. The company has apologised and commissioned a law firm to investigate.

It is negotiating a settlement with US authorities in federal court in San Francisco on how it would fix or buy back some 500,000 diesels sold in the United States. Some 11 million such cars were sold worldwide.

Volkswagen has set aside £12.5 billion from last year’s earnings to deal with the costs of recalls and fixes.