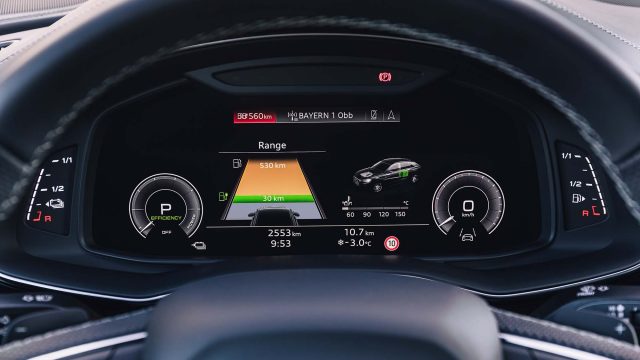 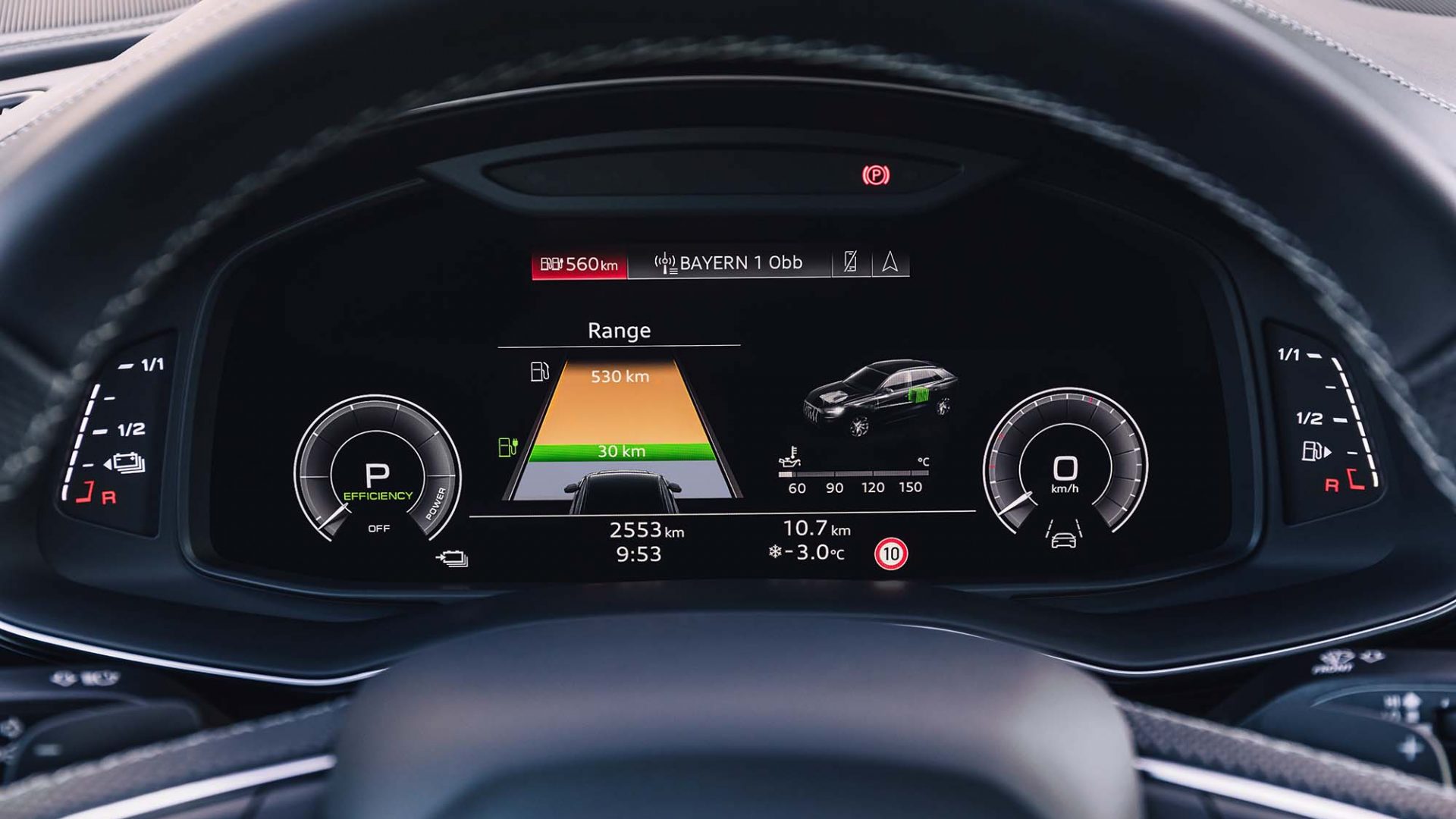 Digital dashes are yet another ‘innovation’ too far for drivers

Sometimes a supposed ‘innovation’ comes along and I wonder what all the fuss is about – especially if it involves the kind of technology that tries but fails to reinvent the wheel.

The former because I’m usually better at working out the difference between rain and bug splatter than a sensor – and I genuinely believe that if someone is too stupid to turn on their windscreen wipers themselves when it’s raining, they probably shouldn’t be driving at all.

The latter because in the days before keyless ignitions, I had a very handy place to slot my car key rather than driving around with an uncomfortable lump in my pocket or said ‘key’ sliding around the centre console every time I go around a corner.

Daft inventions, both of them. And as for daytime running lights…

Well, I get that they’re well intentioned, but the number of idiots I see driving around in the dark with no idea they haven’t got their lights on is bonkers.

Sadly, there is a sub-intelligent level of the population for whom spoon-fed technology just serves up even greater stupidity.

But for this year, I have a new pet hate: digital dashboards.

Every car seems to have one these days, and they’ve all got silly names like i-Cockpit, Virtual Cockpit or, in the case of one manufacturer, the Driver Information Centre – or the DIC for short.

There’s a theme there, isn’t there?

Buy yourself a late-model Audi and while it will be a splendid car in many respects, you might accidentally fiddle around with the infotainment system and suddenly find yourself staring at kilometres per hour, or a map of some German town you’ve never been to.

I was looking at a couple of seemingly identical Audis at a mate’s main dealership from where I source a lot of decent part-ex stock and couldn’t understand why the dials were different in each, at which point he told me they weren’t.

Frankly, I don’t care – and for the used market it’s just another thing to either go wrong or confuse the pants off customers, as well as we sales folk.

All I need from the instrument panel of my car is to know what speed I’m going, whether I’m about to run out of petrol and if there’s anything wrong with my car that shouldn’t be – and maybe how warm or cold it is outside, as like so many Brits I’m a weather obsessive. 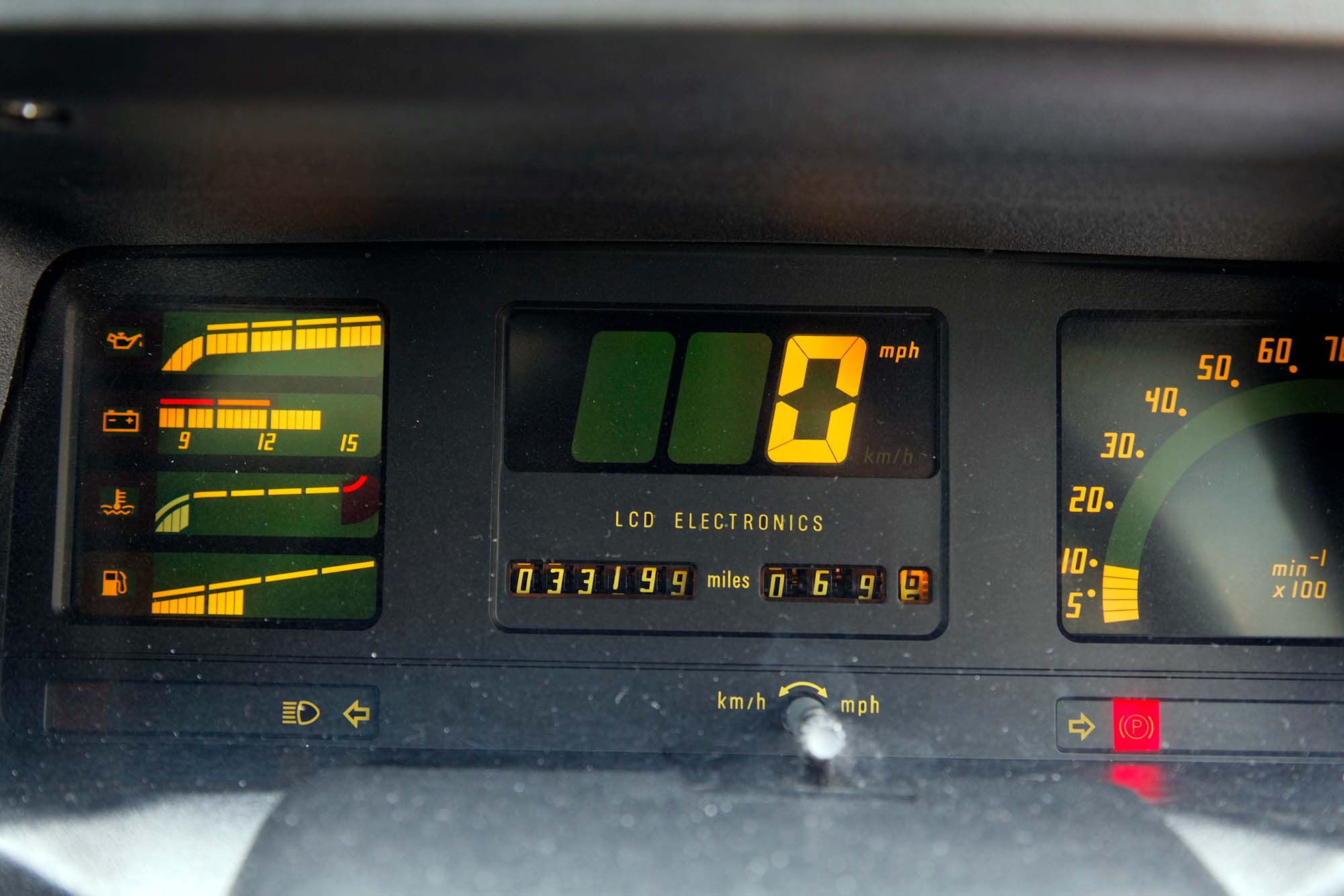 I don’t need multiple options, choices of fonts or to rearrange my dials and put them where I want them. I’d rather the manufacturer did that for me.

After all, fiddling with your DIC while driving could lead to an accident…

Anyway, we’ve been here before, and it didn’t really work.

It wasn’t the first car to have one, but back in 1986 I was working in a Jaguar main dealership when the new XJ40 came out.

Among its many ‘innovations’ was an LCD dashboard and warning cluster, with Jaguar proudly boasting that it contained more electrical wiring than a Boeing 747.

Considering it was thrown together by a bunch of underpaid Midlanders who spent several weeks a year on strike, I never really saw that as an advantage.

My concerns were completely founded when they all started coming back under warranty, including one claim for an entire new engine after the owner got so sick of the trip computer telling him lies that he ignored a low coolant warning that (for once) wasn’t crying wolf.

After that, I had a Citroen franchise for several years, which was pretty brave given I operated in the Austin-Rover heartland and that most locals who didn’t want a car from ‘The Firm’ made that decision because they wanted something more reliable, and not a French flying saucer with weird fluid-filled suspension and a reputation for electrical faults. 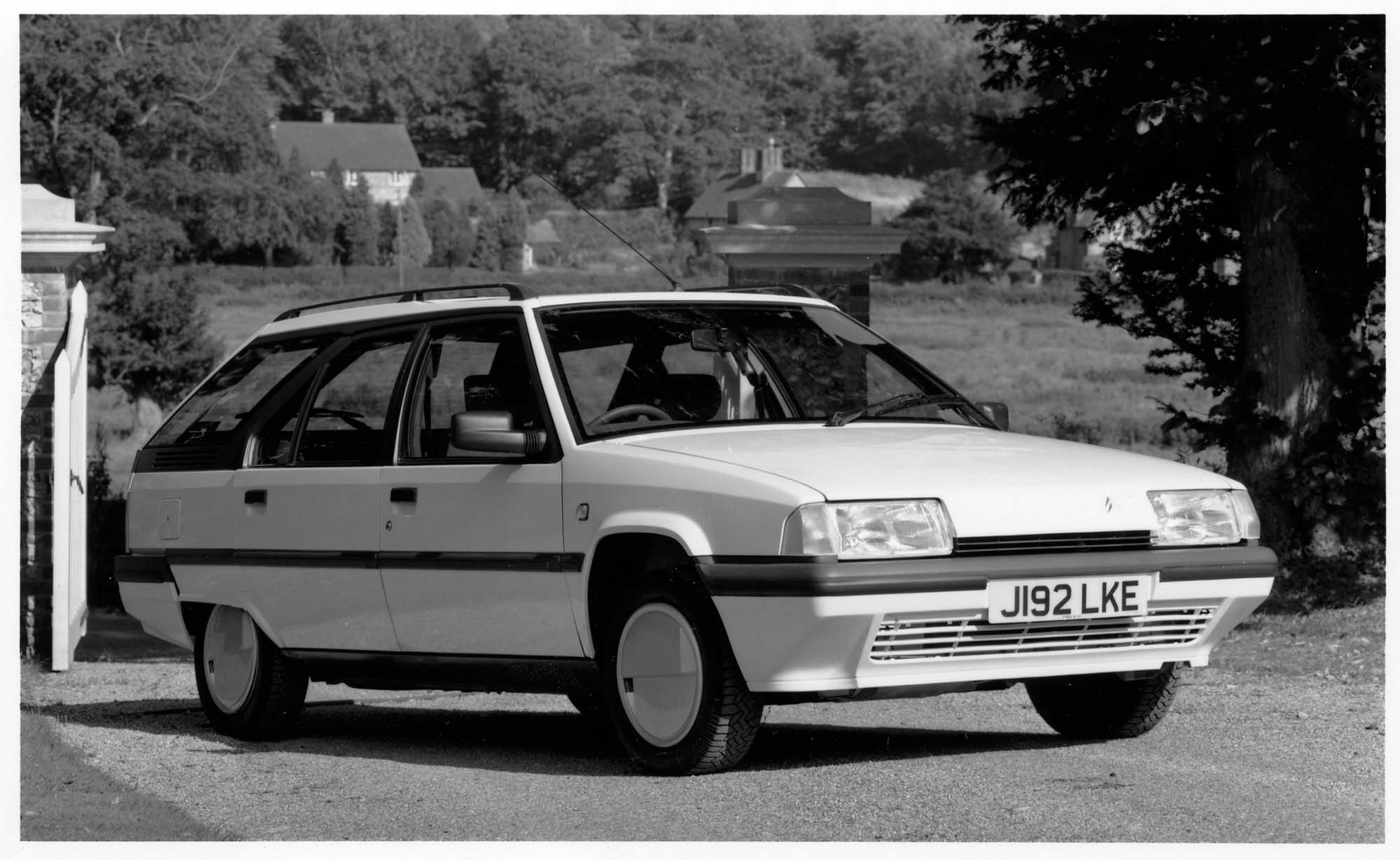 But our customers were loyal and we made a decent living out of it.

In around 1987 or 1988, we were flown to France to have a look at the company’s most exciting innovation yet in the form of the Citroen BX ‘Digit’.

So called not because it resembled an index finger, but because the dashboard did away with conventional dials completely.

Well, the BX had already binned off an indicator stalk in favour of an annoying switch, so why not?

It replaced them with a complex array of multi-coloured lights, including a fault-finding schematic of the car that lit up in the exact area where something had gone wrong, which was fairly frequently if you looked at our warranty revenues.

Indeed, a couple of us quipped that it was a wonder the whole car didn’t light up, much to the annoyance of our Gallic hosts.

But this was the 1980s, and that dashboard was as cool as a Casio calculator.

The speedometer was no longer a dial but a big green number in front of you.

The rev counter went up and down in a bar like a graphic equaliser, and the odometer was shrouded by green bars that flickered to simulate motion as you drove.

Meanwhile, ahead of the gear lever was a trip computer with a multitude of buttons that brought up all sorts of information, such as your mpg and average speed, in the same green graphic with which you could make your adding machine say ‘BOOBIES’. 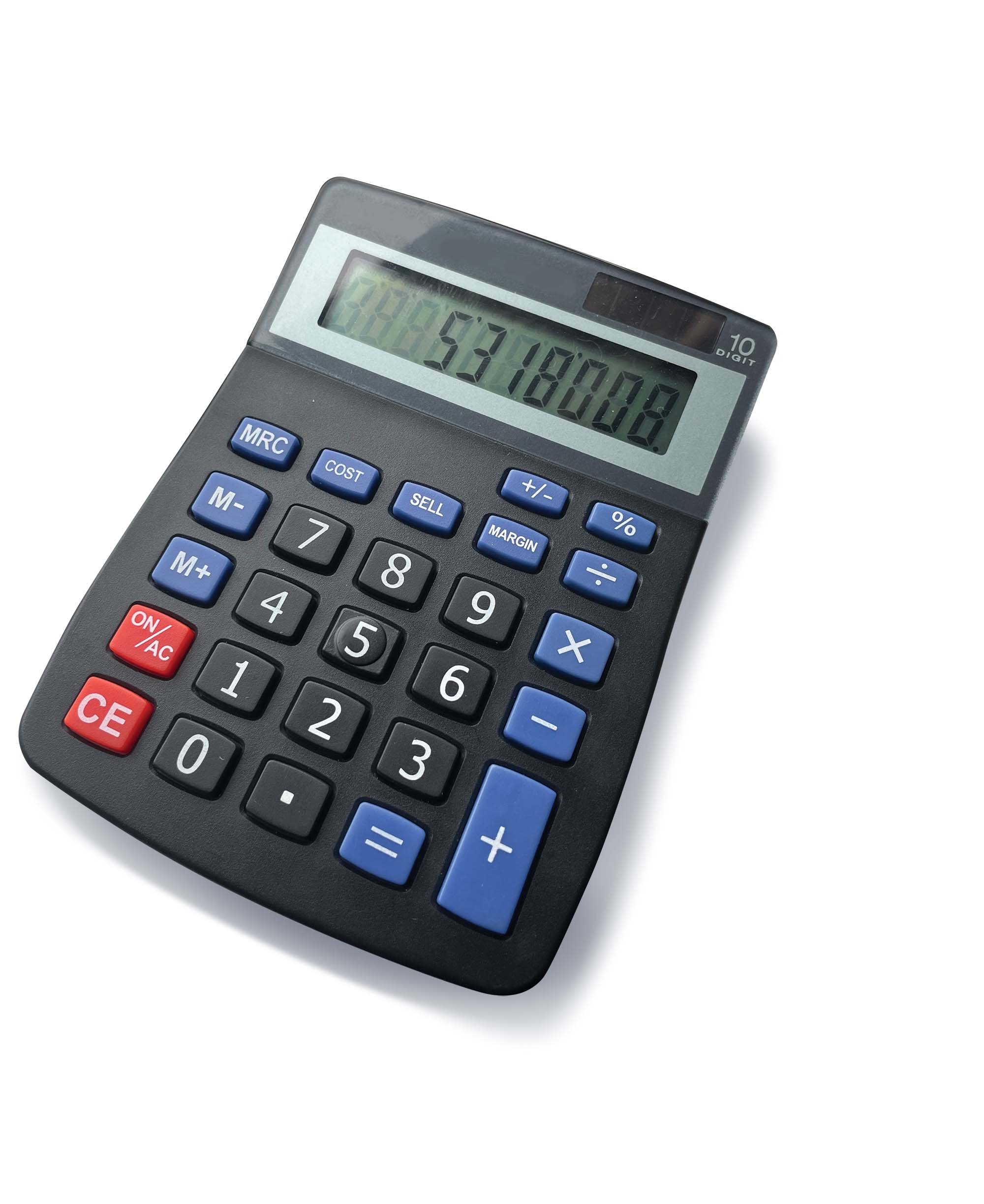 It was both brilliant and awful in equal measure, and it was dropped after a year because it turned out that nobody wanted to pay extra for it when an analogue dial and a fuel needle gave you the same information at list price.

Vauxhall had a similar thing, too, but forced you to have it as standard on the Astra GTE and Carlton GSi 3000.

Today, the feature is hugely cool in a retro kind of way, but back in the day it was just another thing to go wrong, and I had many a used example through the books that needed the entire instrument pack removing and resoldering just to make it work.