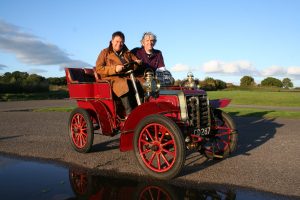 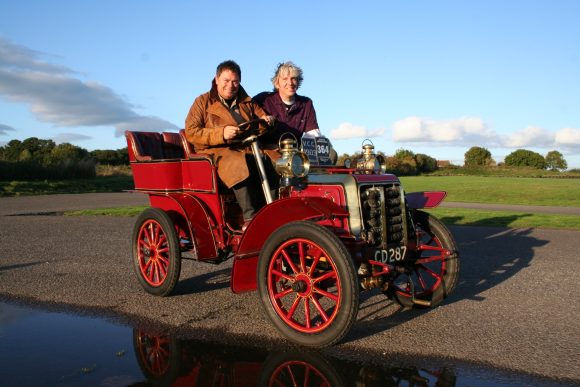 TV mechanic and former co-host of Wheeler Dealers Edd China announced he had left the Discovery Channel show earlier this week, as reported by Car Dealer.

China is being replaced by Ant Anstead, and in a video on his YouTube channel China said: ‘Wheeler Dealers has been a massive part of my life since 2002. It has been a privilege to meet and work with so many great people.

‘Leaving the show at the height of its success has been a really tough decision to make, but I believe the time is right for me to spread my wings. Sometimes you’ve just got to break from the confines of your rut and head for the far horizon.’

China left the show after the makers, Discovery Productions, decided to cut time and money from the workshop element, which China believed was ‘the backbone of the show’.

The 45-year-old, who leaves after producing 13 series of the show alongside presenter and host of the Car Dealer Used Car Awards Mike Brewer, said he would now be working on new projects.

In the meantime, here are some of China’s best moments from Wheeler Dealers.

As the one who fixed Brewer’s sometimes outrageous purchases, China gave some great advice to viewers with some tricks of the trade to ensure they got their project cars moving. Here are some of his top tips:

Brewer bought a 1972 Lamborghini Urraco for the show’s 10th series, and after it was renovated China took him to the Dolomites mountain range in northern Italy and Brewer was rather unsettled by the affair as China didn’t hold back on the twisty roads.

After flying all the way from California and with next to no sleep, China showed Brewer a 1916 Cadillac that was up for sale for £50,000. With it half-built and the engine disassembled, Brewer wasn’t convinced – but China bought it anyway, and then entered the pair into a 9,000-mile rally. Oh dear…

From the show’s 11th series, Brewer and China took control of a Darracq Type L for the London to Brighton Veteran Car Run. Here’s some behind-the-scenes footage, with the pair larking around in Edwardian get-up and trying not to hit any cyclists.

Amphicar stretches its legs on the Thames

After hours in the workshop, China and Brewer took the Amphicar – named ‘Profit’ – out on to the river Thames. The ’60s production car was bought by the duo for £30,600 before being restored and sold on for a tiny profit. Shame it had to be towed back to shore.

MORE: Porsche employees in Germany in line for bonus of €9,111