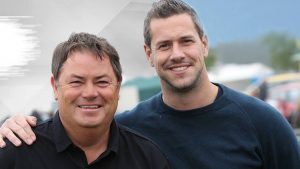 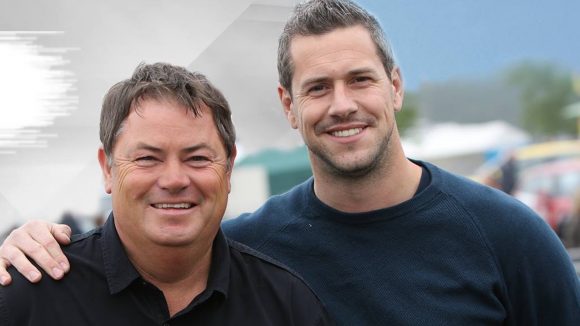 As reported by Car Dealer, China has left to pursue other interests while a new co-host for Brewer has been announced in the form of Ant Anstead, who found fame on the Channel 4 programme ‘For the Love of Cars’.

Read the story in Mike’s own works on his website MikeBrewerMotoring.com

Speaking to the Press Association, Brewer said: ‘I’m obviously upset and gutted that Edd’s decided to leave the programme because we’ve got a very strong relationship and a close bond after 13 years and 135 cars.

‘I respect his decision – Edd wants to move on to other things and I completely get that – but obviously he’s been a part of my life and has been forever so it’s a bit of a shock that he’s decided to leave the show.’

Car Dealer’s sister title Workshop Magazine interviewed China and Brewer late in 2015 and they gave a fascinating insight into what makes their partnership work so well.

Big news for #WheelerDealers fans… a sad farewell but exciting times ahead for season 14! pic.twitter.com/pVsSPdrEy3

Mechanic China has formed a crucial part of the show, which takes down-and-out cars and restores them back to their former glory.

Anstead joins after a number of successful appearances on other motoring shows.

Brewer said of his new co-host: ‘I’ve got a new co-host, Ant Anstead – the new mechanic in my workshop – and he’s brilliant. He’s a very accomplished car builder and a good friend of mine, and we have a great working relationship already.

‘I’ve sort of lost one television husband and got married to a new one that I’m excited about.’

Truly blown away by the words of support for @wheelerdealers I know I am following some big shoes! Will give it my all 💪🏼🚗🍰🔧🔨🔩 @DiscoveryUK

When asked about where China was heading, Brewer said: ‘Edd just wants to take a bit of time to work on other projects.

‘He also wants to do some separate stuff away from the studio and away from Wheeler Dealers – and since the show is so time-consuming, if you want to venture out into other areas and expand your horizons, then Wheeler Dealers gives you very little time to do that.’

Meanwhile, you can watch China’s full reasons for calling it quits in this video.

The Car Dealer Magazine Used Car Awards will be held on Monday, November 27, 2017 with Brewer once again our host.

MORE: Mike and Edd talk about their partnership