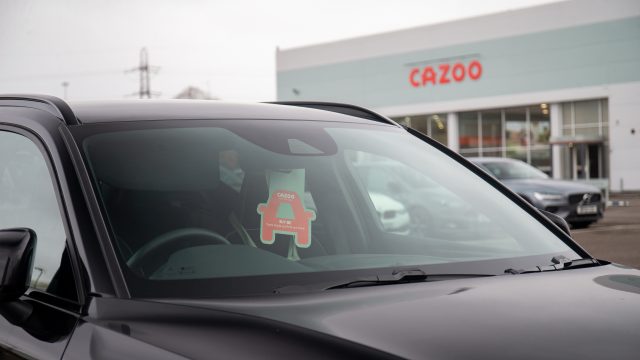 Embrace change or used car disruptors Cazoo, Cinch and Carzam will steal all your customers

New start-ups are making a lot of noise in the used car dealership industry.

People talked about buying things online when the internet boom started more than 20 years ago, but nothing happened.

Smug people said to me then: ‘I told you so.’

Then, companies such as Amazon came along to the UK, and many years later than expected, the big e-commerce boom started.

Retailers relaxed because, at the time, it didn’t cause them many problems.

People were still spending money with them. People said e-commerce would significantly affect the high street, but nothing happened, and the same smug people said ‘I told you so’.

Now it’s killing the high street. It just took a bit longer for things to change.

The same thing will happen with the car industry. It just might take longer than you think.

The disruption theory is that disruptors grow market share by starting from the market’s edges and moving in slowly. Then, some established companies collapse, and the challenger becomes the new incumbent. Simple.

Demand for used cars will not fall. Instead, customers will spend their money with the disruptors, and they won’t phone you to say goodbye.

Change is going to happen whether you like it or not.

Customers’ buying patterns have started to change, and it is not a case that it might happen. It’s already begun to happen. The question is, will you be on board the new technology train?

When I talk to people about disruption, they always start with a bit of a laugh and then tell me why things won’t change and how it’s not in the customer’s best interest.

Many managing directors’ favourite line is ‘you just don’t understand.’

Some car dealers have changed, but some will never let go of their old habit of sitting back and letting others do the changing.

Most companies like to observe and read about innovators and will only respond, often when it’s too late.

I doubt any big car dealership group in the UK is in an advanced stage of planning to compete with Cazoo and its counterpart Cinch. They’re probably still using the argument that it’s ‘not what people want’.

An example of a big retailer that stood by and watched is Morrisons.

‘People like to smell and see their food before they buy it,’ he said.

On home delivery, he said: ‘I started my career doing that [on a bicycle], and I don’t intend to do it again.’

Car dealers should look at what the disruptors are doing and copy some of their features.

You can take advantage of your physical locations and maybe do something they can’t. Perhaps they can create new buying models that the disruptors can’t.

Stop using stupid arguments because the rate of change is alarming, and stop standing by watching disruptors change the market. Don’t wait for them to take your customers.

Change now – if you don’t know what to do, ask someone who does.

Ajaz Ahmed was the founder of Freeserve (read his story on his blog), the UK’s first billion-pound internet company and is chairman of web technology agency quba.co.uk.