Home > News > EU referendum: New Civic to be built in Swindon, no matter what the outcome 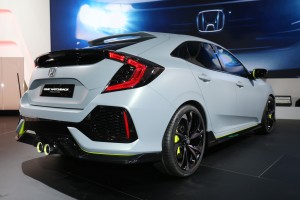 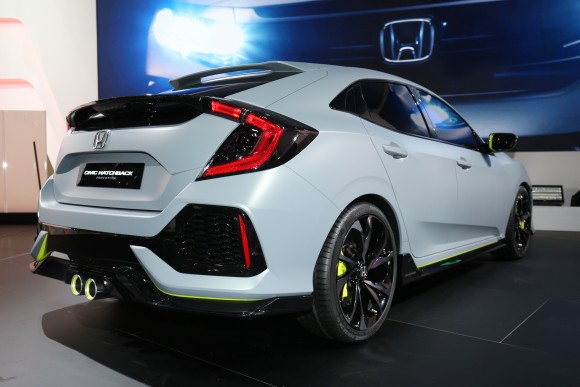 EU referendum: New Civic to be built in Swindon, no matter what the outcome

THE new Civic concept took pride of place on Honda’s stand at the Geneva Motor Show 2016 and the brand has confirmed the new model will be built at the company’s Swindon plant, no matter what the outcome of the EU referendum.

The new five-door Civic, based on the popular two-door hatchback, is set for launch in October this year with an estimated production date in January/February 2017. Its sporty looks and added versatility is designed to draw in younger buyers.

The Japanese carmaker has invested £200m in its manufacturing plant at Swindon and will import the Civic to the USA from the UK for the first time in history.

According to Philip Crossman, Honda UK MD, the new C-segment family car will look very similar to what it does in prototype guise and will see the brand successfully competing in one of the most exciting segments in the market.

‘We refer to 2015 as our game-changing year; we launched a number of new models, including the new Jazz and the Type R, which firmly placed Honda back on the map – already we’re sold out of Type R for the next six months,’ said Crossman.

‘So far, dealer response to the new model has been great. It’s a different car to the current Civic but still caters to our existing customer base – dealers won’t have any trouble selling this car, to both new and returning buyers, especially with styling that closely resembles features from the Type R.’

Over the Atlantic, the American market currently has a three-door coupe and five-door saloon version of the medium-size hatchback. However, under new global plans, the all-new five-door hatchback, which is usually reserved for the European market, is destined to head over seas.

Phil Webb, head of car at Honda UK, added: ‘Exporting to countries we’ve never exported to before sends out a strong message to our customers and reaffirms that Swindon has a strong future in manufacturing for many years to come.

‘Leaving the EU could pose some uncertainty to the industry, but we’re trusting the government to do the right thing.’