A MILLIONAIRE car dealer who murdered his ex-wife lost his appeals today over a £1.5 million ruling in favour of her sister and two of his sons.

Ian Workman, 63, was jailed for life, with a minimum term of 17 and a half years, at Preston Crown Court in December 2011. At the time he stabbed 55-year-old Susan, his wife of 35 years, in April 2011, they were involved in ongoing financial proceedings following their divorce.

Mrs Workman’s sister, Carol Forrester, together with two of the estranged couple’s sons, Nicholas and Ben Workman, brought a damages claim against Workman. 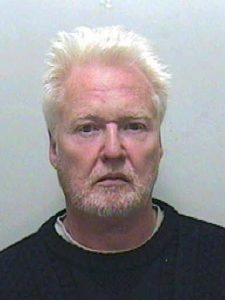 In law, someone who is criminally responsible for the death of another cannot benefit from it, and Mrs Workman’s family claimed that this rule should also apply to the financial proceedings.

They said that Workman, of Turton, Lancashire, should not be able to avoid what they contended was the highly likely outcome of a £1.5 million award in his ex-wife’s favour.

Decisions given in the High Court in 2014 resulted in the entry of a default judgment against Workman in favour of Mrs Forrester and the two sons in the sum of £1.5 million plus interest and costs.

Workman went to the Court of Appeal, pictured, to challenge two orders. One required him to disclose his assets and, in default, debarred him from defending the value of the claim, while the other rejected his bid for a relisting of an application to ‘freeze’ his assets.

Dismissing both challenges today, the appeal court said there had been a ‘persistent failure’ by Workman to comply with the disclosure order. His ‘flagrant contempt’ in failing to comply had the potential to frustrate the damages assessment and could not be ignored. The court also found that the judge who refused to relist the application had reviewed all the material circumstances and was entitled to decide as she did.

During his time in business, Workman owned IWG, a dealership group representing brands including Hyundai, Subaru and Isuzu in the Bolton area. After the company entered administration in 2000, he operated independently from a single site.

MORE: Car dealer jailed for murdering his wife is sued by family for £1.5m

On SuperUnleaded.com: Iraqis Drift Around Mosul In Defiance Of IS