Home > News > Government ‘is committed’ to protecting jobs at Vauxhall 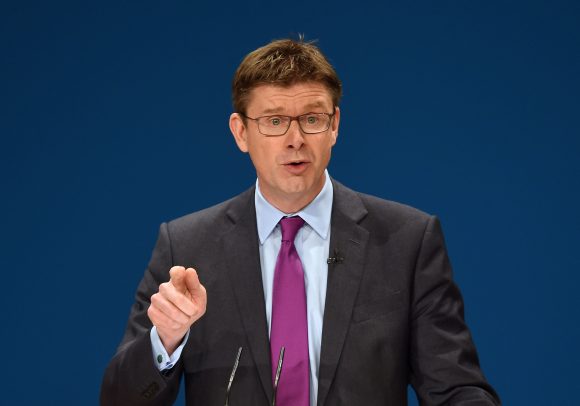 Government ‘is committed’ to protecting jobs at Vauxhall

Fears have been raised over the future of the manufacturer’s two British factories after the PSA Group, which owns Peugeot and Citroen, began talks to buy General Motors’ European operation Opel, which includes the Griffin-badged brand.

Responding to an urgent question in the House of Commons from Labour MP Justin Madders, Clark said Vauxhall’s British plants had been highly successful, and he emphasised that he would do all he could to protect them.

‘Every part of Britain has a stake in Vauxhall. We will do everything we can,’ he said. ‘And my personal commitment and the commitment of this government will be unbounded to make sure the future of the workforce will be maintained.’

Some 4,500 people are employed at Vauxhall plants in Ellesmere Port and Luton, and many tens of thousands more jobs are in the supply chain and customer services.

Clark, pictured, said: ‘I will do everything I can at all times to secure the best possible future for Vauxhall and its workforce.’

Madders, the Labour MP for Ellesmere Port and Neston, said Vauxhall was a ‘British success story’ that must be protected. ‘If this takeover goes ahead, we need to get the message out that risking the closure of either facility would be a retrograde step, not just for the UK economy but also for the new owners,’ he said.

Rebecca Long-Bailey, making her first appearance at the despatch box as shadow business secretary, said: ‘The French government owns a 14 per cent share in Peugeot, which has prompted many to suggest that any job cuts are likely to fall in Opel’s six plants in Germany, the UK and Spain.

‘Now, the German government has already demanded that there must be no job or plant losses as a result of any deal, and yesterday German papers reported that PSA had pledged to continue operating all four of Opel’s German production sites.’

Business, energy and industrial strategy select committee chairman Iain Wright added: ‘The concern will be that this issue of this important company’s future in Britain will become collateral damage in wider negotiations and deals regarding Brexit.’

Clark said this was not a ‘Brexit-related transaction’ and that Britain’s automotive industry was performing well.

He added: ‘One of the points that the PSA executives made to me was that since the new management of PSA has been in place, they have taken some pride in having part of their strategy not to close plants.

‘These discussions are clearly continuing, there is no deal that’s been done, but I share her view…that it’s very important that our successful enterprises, with successful workforces, should be able to continue that success in the future.’

On SuperUnleaded.com: Mike Tyson’s F50 Expected To Be A Knockout At Auction