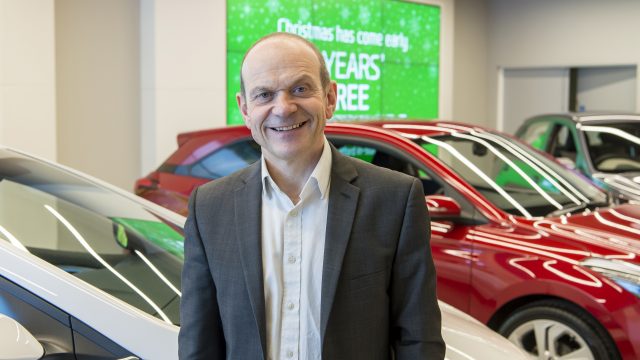 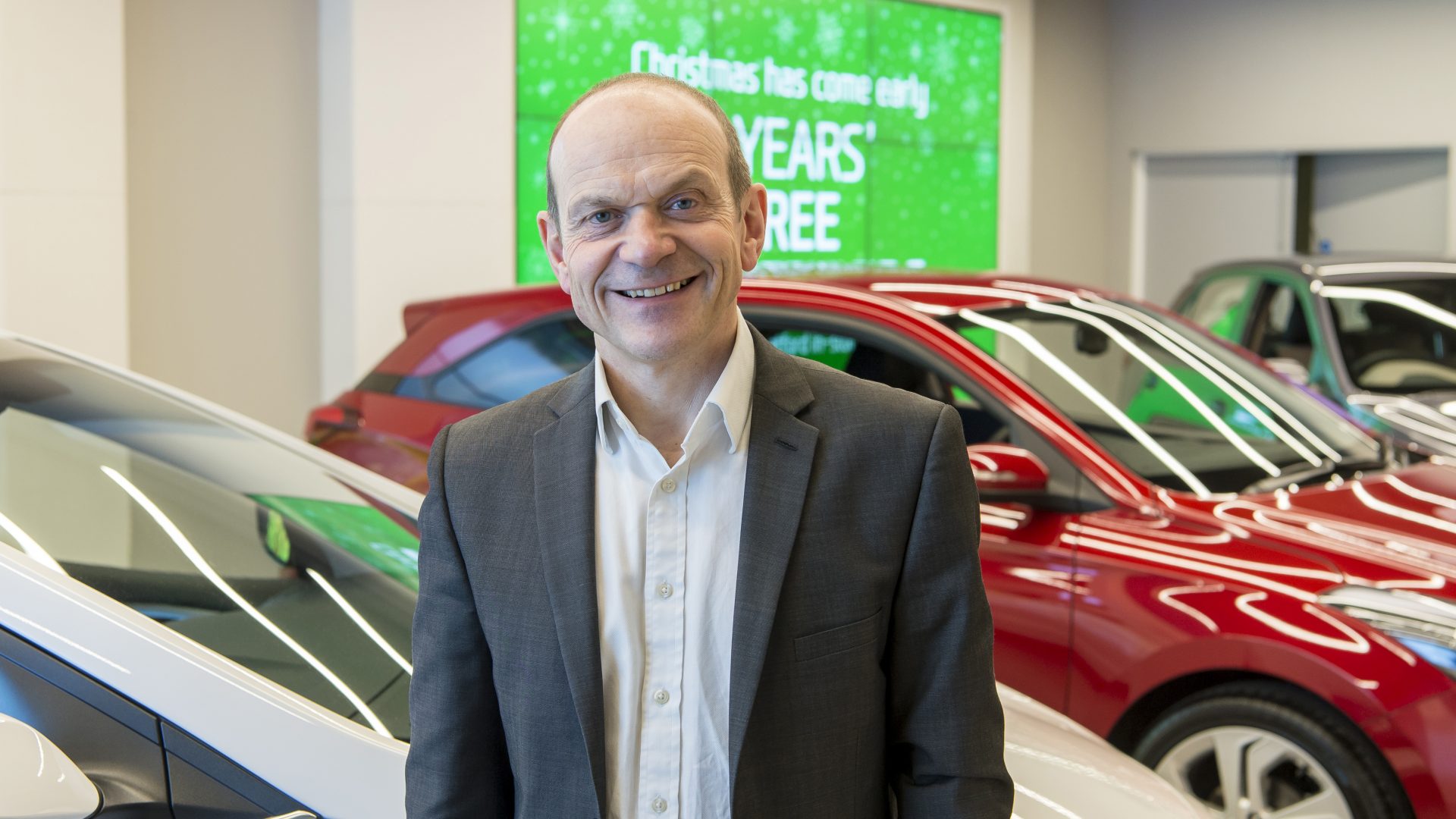 Manufacturers are bringing forward plans to roll out agency sales models to their dealer networks, which will likely see more multi-franchised dealerships in the near future.

Speaking exclusively to Car Dealer, he revealed conversations about agency sales potentially arriving in the UK are far more developed than some dealers perhaps imagined.

Whitehorn believes most manufacturers are secretly working on plans right now – but many simply haven’t told dealers yet.

However, he believes the agency sales model is good news for the ‘well-organised’ dealers who are on top of their businesses.

‘When I spoke to all the NSCs (National Sales Centres) about two months ago they all said it’ll come,’ said Whitehorn.

‘I spoke to a couple of OEMs last week and they’ve now changed their tune. They’ve said they’re working on the agency model now.’

Whitehorn explained that manufacturers are struggling to work out exactly how they roll agency sales out.

Manufacturers are not allowed to run the two schemes in tandem unless there is a clear split about what is included and what isn’t – electric cars, he says, enables that.

‘You can’t operate an agency model and a franchise model – unless there is specific differentiation,’ he said. 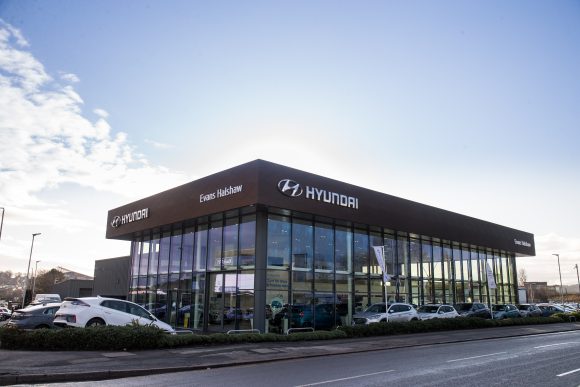 ‘It feels like the law has accepted that the electric car is a different proposition to combustion engined cars. That hasn’t been tested but it seems like that is probably the case.’

Agency sales will see the end of the traditional OEM-to-dealer-to-customer model and the adoption of a system that involves the OEM interacting with the buyer and taking responsibility for the transaction. The dealer will become the customer-facing agent.

Previously, experts such as Capgemini Invent told Car Dealer the move towards an agency future was ‘inevitable’ and will happen in as little as five years’ time.

Industry heavyweight Whitehorn was at the helm of Hyundai for 13 years before stepping down in 2019.

He was the first non-Korean in the history of Hyundai Motor Europe to hold the top post of president and chief executive.

Since exiting Hyundai, Whitehorn now consults with manufacturers and dealers and has his ear to the ground.

He says many NSCs haven’t told dealers of the planned roll-out of agency sales because ‘they haven’t figured out quite how they’re going to do it’.

‘It’s a very big change for the NSCs,’ said Whitehorn.

‘The NSCs are going “this is now a risk” and of course what the NSCs are thinking is “we used to incentivise the dealers and the dealers would do it for us”.

‘Now the situation is that under the agency model the dealers can still have a volume bonus. That has been tried and tested in Sweden with Mercedes and that’s what they do, but it’s not quite as it used to be where it would be “here you go dealers, go and find some more customers and here’s a packet full of money”.

‘They can’t do that anymore, but what they can do is they can look at the volume bonuses for all their agents, and as long as their agencies have the same volume package, then that’s absolutely fine.

I think from a dealer point of view, they’re going to go more multi-franchise – they’re not going to need to focus so much on new cars.

‘At the end of the day, the dealer is going to think to themselves “You know what? That volume bonus isn’t big enough. No, I’m not going to do that”, and they can’t enhance that because the NSC will say “well if I give this agency a lot more money, I have to do it with all the agencies” so that’s a problem for them.

‘That’s the background to it and that’s why the NSCs aren’t talking to the dealers about it – because they haven’t figured out quite how they’re going to do it.’

‘They haven’t got their heads around it because all of this has been driven by the European office or in some cases the global office.

‘The price of cars won’t come down; it will just mean that the dealer gets just a handling charge and the rest of the money goes back to the OEM.’

Whitehorn believes the agency sales model will force dealers into concentrating more on used cars and after sales, and, because they’re making less money from new cars, adopt multi-franchising for their sites.

‘Firstly, the dealer network needs to concentrate more and more on used cars and aftersales,’ he said.

‘That’s very important because they’re not going to be making as much money out of new cars as they used to.

‘[With agency sales] a dealer now does not have the continuant liability of stock – that’s useful.

‘What will happen is that the standards will have to be altered because on an agency model you are not going to be able to dictate the level of standards that you have at the moment. 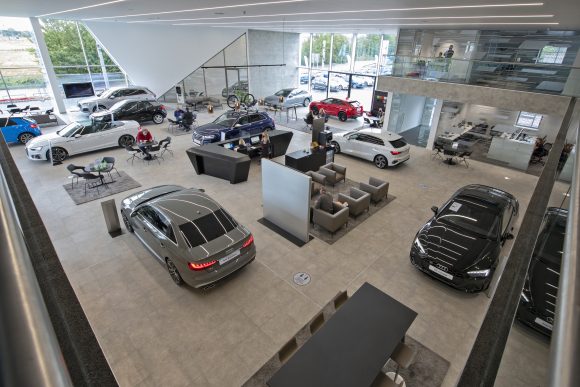 ‘Therefore, dealers will say to themselves “well I’m not making as much money out of new cars, the standards aren’t as rigorous. Fine. What I’m going to do is go for a multi-franchise operation”.

‘To be fair, someone like Stellantis has started that – if you’ve got a Peugeot franchise, you can put Fiat or Vauxhall in your dealership. As long as it hits the minimum standards, some manufacturers are saying they’re happy with it.’

Whitehorn added: ‘I think from a dealer point of view, they’re going to go more multi-franchise – they’re not going to need to focus so much on new cars.

‘Previously it used to be the closing of the sale, but now they’ve got to be good at the handover. The reason being that that’s the opportunity for the dealer to start to sell all the extra bits.

‘Actually, if you are a well-organised dealer, then this is good news.’

Whitehorn added that customers will ‘quite like’ the agency model as they’ll ‘be able to buy the car totally online because they buy everything else online’.

‘I think that most people, once they realise that the deal they’re getting online is a transparent one, will go “I’m going to buy this car online”.’