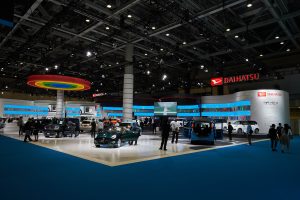 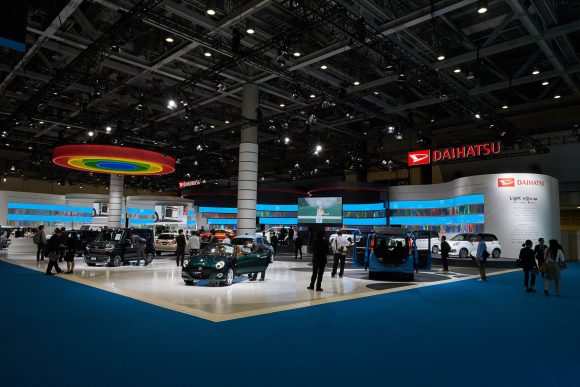 THE Tokyo Motor Show may take place just once every two years, but each time the doors open the event delivers some truly wild and wonderful visions of the future of motoring.

This year’s show is set to be no different. Likely to be dominated by electrification, we’re expecting to see all manner of crazy concepts from manufacturers across the globe. We’ve got some idea of what to expect – so here’s what we know so far about the event which kicks off on Thursday.

The Jazz has historically been a popular offering here in the UK, and Honda hopes things will remain the same for this all-new generation. Set to arrive with petrol-electric powertrains, we know little else about the upcoming hatchback.

That said, we’re expecting sales for the new Jazz to commence early next year.

Lexus has been a forerunner in the electrified car segment, having continually introduced new hybrids for many years now. However, its latest concept will push it into the all-electric category for the first time. It’s set to be a compact urban vehicle and, though it’s unlikely to be a fully-fledged production car, it’ll give us an idea of the direction in which Lexus is heading.

As is the theme so far, little is known about Mazda’s upcoming electric vehicle, apart from that it is rumoured to use a rotary engine as a range extender. It’s likely to be a standalone model, rather than one based on an existing Mazda vehicle, and is hinted to be an SUV.

In a similar way to Lexus, this will be Mazda’s first foray into the all-electric segment.

Mitsubishi’s Mi-Tech Concept is set to shake things up when it comes to electrified powertrains thanks to its use of a gas turbine generator in place of a traditional combustion engine. The futuristic-looking SUV has already been teased in a number of shots, but this is the first time that we’ll have seen the car in full.

That powertrain is slated to enter production, however, even if the concept car itself may not ever see the light of day.

Nissan is bringing a Kei car concept to Tokyo, showcasing a new look on a small, boxy platform. It’s due to be electrified too, and will likely use a new platform which will underpin future Nissan cars of the same size.

It’s a car that’s unlikely reach UK shores but gives a good indication of how future Nissan vehicles could look.

Suzuki, like Nissan, is showcasing a small Japanese A-segment car at this year’s show. It takes inspiration from classic Suzuki models, bringing a retro look and a two-tone colour scheme.

The firm is also expected to bring another concept alongside the Waku SPO, called the Hanare. It too will be inspired by Suzuki models of old.

Toyota actually has a trio of concepts heading to this year’s show. The first is a second-generation of its hydrogen-electric-powered Mirai, which will look to build on the successes of the original.

The next is the Copen GR Sport, Toyota’s own take on a compact sports car. Based on the Daihatsu car of the same name, it’s not a car that will likely be available in the UK.

Then there’s the LQ. It’s designed to be an all-electric self-driving hatchback based on the Concept-i which was revealed in 2017.

Lastly, there are rumours that a new version of the firm’s GT86 sports car could be showcased in Tokyo – but these are unconfirmed for the moment.

MORE: Motorpoint drive-in cinema proves to be a fund-raising blockbuster

MORE: Car parts factory to close with loss of 125 jobs