Ahead of Wednesday’s Budget announcement, Chancellor Rishi Sunak told the Financial Times a bill for the Government’s £280bn investment in coronavirus support will eventually have to be paid, with low interest rates leaving the nation’s finances ‘exposed’.

Mr Sunak said: ‘We now have far more debt than we used to and because interest rates … at least a month or two ago were exceptionally low, that means we remain exposed to changes in those rates.’

While Mr Sunak did not reveal any details on specific tax measures, the Budget is expected to include a swathe of actions aimed at kickstarting the nation’s economy as lockdown eases over the coming months.

A mortgage guarantee scheme aimed at helping aspiring homeowners with small deposits onto the property ladder and firing up the market will feature in next week’s Budget.

Chancellor Rishi Sunak plans to incentivise lenders to provide mortgages to first time buyers, and current homeowners, with just 5 per cent deposits to buy properties worth up to £600,000.

He will detail on Wednesday how the Government will offer lenders the guarantee they require to provide mortgages covering the remaining 95 per cent.

Ministers are launching a campaign to persuade parents in England that it will be safe for their children to return to face-to-face lessons next month.

The #BackToSchool campaign will highlight extra protective measures being put in place across secondary schools and colleges ahead of pupils’ return – including mass asymptomatic Covid-19 testing.

It came as the Government faced criticism from education unions for not prioritising school and college staff returning to ‘crowded’ classrooms in the next phase of the Covid-19 vaccine rollout.

London’s top index notched up its worst performance since September on Friday, wiping out nearly all the gains that it had made in February.

The FTSE index dropped as pressure was put on metal prices around the world, sending some of London’s biggest miners deep into the red. 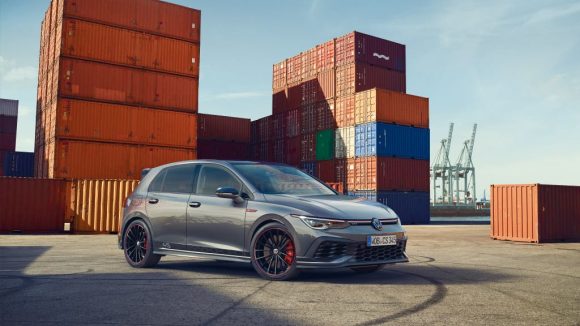 Volkswagen is celebrating 45 years of the Golf GTI by releasing a new anniversary model.

Based on the regular Clubsport, it has the same front-locking differential for improved grip, as well as mechanical and styling changes.

The Clubsport 45 uses the same 296bhp, 2.0-litre petrol engine as the regular Clubsport, and also gets its larger air intakes, a rear spoiler and sport exhaust system.

The Government has sold the last remnants of its stake in Bradford & Bingley and NRAM, the firm formerly called Northern Rock, which were nationalised during the financial crisis more than a decade ago.

Treasury officials negotiated the £5bn sale of the two entities and their remaining loans to a consortium comprising Davidson Kempner Capital Management and Citibank.

The deal marks the end of a years-long effort to slowly dispose of the assets the Government bought when bailing out banks following the 2007-2008 crash.

Double leg amputee racing driver Billy Monger said he has ‘never been that drained in all my life’ after completing a 140-mile triathlon-inspired charity challenge across England.

The 21-year-old tackled the gruelling event over the past five days to raise money for Red Nose Day – completing the final 50-mile stretch walking and cycling laps of Brands Hatch race track in Kent from 9am until 7pm on Friday.

He began by walking 18 miles from Millennium Bridge in Gateshead to Durham Castle, before kayaking six-and-a-half miles across Ullswater Lake in the Lake District.

The Met Office has called this a ‘cracking weekend for weather’.

This morning there will be some frost and fog around but with sunny spells and the sunshine will continue on Saturday afternoon.

This evening there will be clouds forming over Northern Ireland and Scotland with rainfall throughout the night.