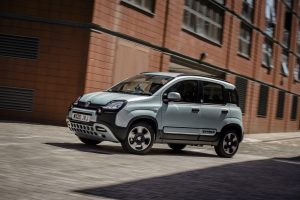 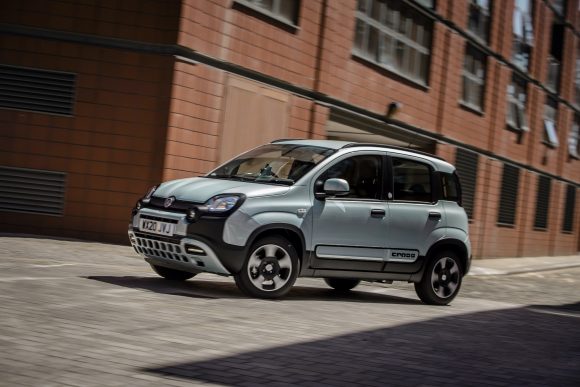 First drive: The Fiat Panda remains charming but is outclassed by rivals

Fiat’s electrified its popular Panda city car with a new hybrid powertrain, but can it improve things further? Ted Welford finds out

Fiat has a remarkable ability at making old cars look new and modern. Just look at the reinvented 500, which has been around for 14 years this year.

The same applies to the Panda, which has been around since 2011 in its current form, and without any real changes. Yet that hasn’t stopped it remaining impressively popular – not least in Italy where it remains the best-selling car there, and by a significant margin.

But to try and make sure the Panda doesn’t get outclassed by rivals, Fiat is back with a new hybrid model, but does it impress?

Don’t be fooled by the ‘Hybrid’ badging that appears throughout the Panda, as this isn’t a full electrified model, but rather a ‘mild-hybrid’, which sees a 12-volt belt-integrated starter generator and battery being integrated into the powertrain. This brings noticeably efficiency improvements, with Fiat claiming CO2 emissions are reduced by as much as 30 per cent.

In true Fiat fashion, it’s also marking the new model with a new special edition. These come painted in the bright Dew Green’ colour you see here and are also fitted with seats made from a material derived from recycled plastic. 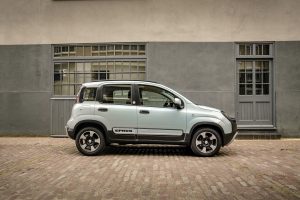 Before this update, the Panda came with a 1.2-litre petrol unit that Fiat has been using for decades. But for this latest model, it gets a new 1.0-litre petrol engine that’s joined with the aforementioned electrical gubbins. Surprisingly for a car this small, it’s manual gearbox also has six speeds (rather than the usual five, but don’t be fooled by the rugged looks, as here power is just delivered to the front wheels.

Even by city car standards, the Panda is impressively slow – 0-60mph taking 14.5 seconds. It is impressively efficient, though. Fiat claims it will return 50.4mpg, along with CO2 emissions of 126g/km, but on our mixed test run, it averaged out as 55mpg, the first time in a long time that a car had exceeded manufacturer’s claimed fuel economy figures.

With the Panda being aimed at the city, it’s here where this little Fiat excels. With such dinky dimensions, great visibility out of the back light steering (more so if you press the ‘City’ mode), it is brilliant down narrow streets and fitting in tight spaces. Little wonder it’s such a hit in Italy.

It’s here you can also use the bizarre ‘hybrid’ part to it, where – at speeds below 15mph – taking it out of gear allows the engine to switch off. Given in other cars, this happens automatically, it seems a rather lazy effort from Fiat, and one that doesn’t feel entirely safe. The only other hybrid part to it is light regenerative braking, which helps to charge the battery when decelerating or braking.

But outside of the city, the Panda’s faults soon emerge. The lack of performance means getting up to speed is a chore, while refinement and comfort are both poor, even by class standards. A Volkswagen Up! and Hyundai i10 are both superior choices here. 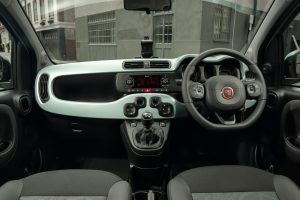 While the Panda’s design is getting on, you’d really struggle to tell as it remains cheery and different – not least in this funky Citycross grade, which gets revised bumpers, a higher ride height and plenty of plastic cladding. It’s definitely an interesting alternative to the 500, which takes a more retro approach with its design.

Launch Edition models also appeal in this interesting green colour, while various ‘hybrid’ badges signal it out from its non-electrified predecessor.

That funky design is carried over to this Fiat’s interior, with chunky switches, a body-coloured dashboard and textured plastics that spell ‘PANDA’ (if you look closely) all being cool touches. However, look past these and you soon realise it’s all a bit outdated.

It’s hard not to crack a smile at Fiat’s approach when it comes to infotainment, which is ‘no, you can’t have a touchscreen, but here’s a £5 clip you can plug your phone into instead’. That said, Volkswagen and Dacia both take a similar approach on their cars, so Fiat isn’t alone.

On a more positive note, the Panda is surprisingly roomy for such a small car. The 225-litre boot isn’t bad for something this dinky, while the boxy shape allows for a decent amount of headroom throughout. 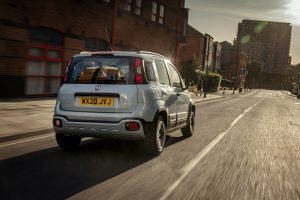 Our expectations of small cars have improved over the years. Many now want the tech and safety features from larger models, but in a more compact package. Yet, it seems Fiat has yet to receive this memo.

It just can’t compete with rivals ] and there’s none of the modern safety technology you get with  competitors – little wonder the Panda was awarded a zero-star safety rating by Euro NCAP in 2018. You do get Bluetooth, automatic climate control and a leather steering wheel, but it’s still off the pace.

When it comes to outright sales. Fiat continues to dominate the city car market across Europe, where low prices, ease of use around the city and cheap running costs add to the appeal.

But, even with this new hybrid powertrain, the Panda is way off the pace of rivals and is showing its age in a multitude of ways. If you like the way it looks and do all your driving in the city, it’s worth a punt, but just about any other city car is a better option than this humble Fiat these days.

City car buyers after something different; those looking for a city car with an SUV look

More eco-friendly than before
Easy to drive
Great around town

DEAL CLINCHER
It looks like no other city car