by Jack Evans
in Car News
0

Toyota’s Supra sports car has been given a smaller, entry-level engine. Jack Evans explains whether it’s still worth considering.

Car enthusiasts were quick to celebrate the arrival of a new Supra. After all, this car’s heritage means that it has become embedded in motoring folklore, so a revival marked an exciting and new turn for this famous Toyota. However, its close collaboration with BMW certainly stirred up controversies from the start.

Despite this, the Supra won plenty of fans from the off. Now, there’s a new entry-level version, which does away with the tip-top car’s 3.0-litre straight-six engine in favour of a smaller and lighter 2.0-litre. We’ve been finding out what it’s like. 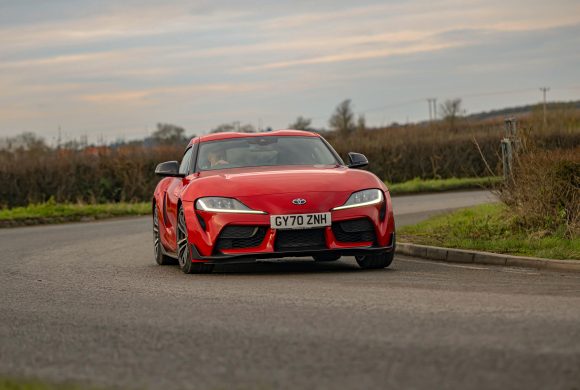 We’ll get onto that new engine in more detail shortline, but the headlines here reside around the car’s weight; it’s 100kg lighter than the 3.0-litre car, which Toyota says results in sharper handling and a perfect 50:50 weight distribution.

Elsewhere, things have been kept largely the same as the more powerful car. It still features an extremely rigid suspension setup incorporating adjustable shock absorbers, while lightweight brakes and a sports-tuned steering system have been fitted too.

The 2.0-litre turbocharged petrol engine might be new to the Supra, but it’s a common sight across much of the BMW range and features in many of the firm’s 1 Series models, as well as in many Minis, too. It brings 245bhp and 400Nm of torque to the table, which represent decreases of 80bhp and 100Nm on the 3.0-litre car.

Zero to 60mph will take five seconds with launch control engaged, while flat-out it’ll hit 155mph. It means there’s more than enough performance on offer to keep things interesting, while those weight losses should make it sharper to drive – but we’ll get on to that in a moment. 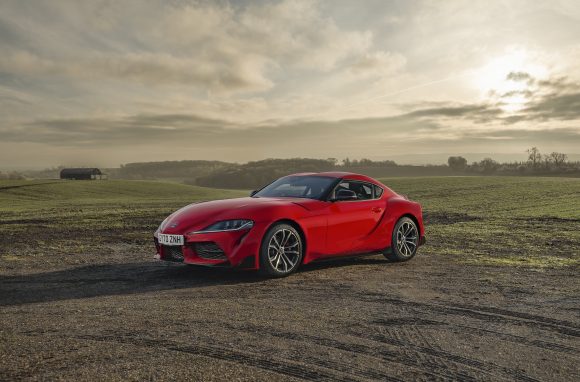 Toyota has been keen to emphasise the Supra 2.0’s lightweight nature and once you learn to take advantage of this while being a little more aggressive with the throttle than you might in the more powerful car, then it’s quick to get into the flow.

Though during our cold test route the front end did, on occasions, struggle for grip during medium speed corners, once the roads tightened up the Supra felt nimble and sharp. It makes it a far more rewarding thing to hustle down classic British B-roads, where the 3.0-litre feels far more unwieldy and – if anything – simply too powerful.

The Supra is always a surprisingly compact car to see in the metal, though its long bonnet and small cabin are classically inspired and reminiscent of sports cars from a by-gone era. It takes up a tiny footprint, but that’s quite refreshing considering that most of its rivals are becoming larger and longer with each incarnation.

There’s a lot going on at the front, with large air intakes and bulging wheel arches giving a subtle hint towards the car’s performance. It’s a touch more subtle at the rear, where you’ll find a small lipped spoiler and narrow lights. 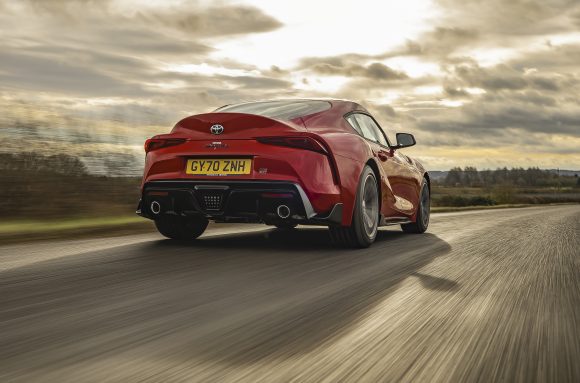 The interior is definitely one of Toyota’s better efforts in recent years, doing a great job of incorporating BMW elements with its own designs. There are plenty of nice materials, too, but it’s anything but spacious, feeling a touch claustrophobic.

There are a few concessions to this being the less expensive model, such as manually adjustable seats and part-Alcantara instead of leather, but the 8.8-inch BMW-sourced infotainment system remains and continues to feel slick.

Toyota’s interior represents one of the firm’s most accomplished efforts in recent years thanks to its ability to blend its own ideas with BMW’s existing designs. There is all manner of high-quality materials used, though owing to its compact size the cabin of the Supra can, on occasions, feel a little cramped.

The 2.0-litre does without some of the high-end features you’d find on the more powerful Supra. The seats are mechanically adjustable, rather than electric, and they’re trimmed in part-Alcantara rather than leather. It still feels up to scratch, mind you. 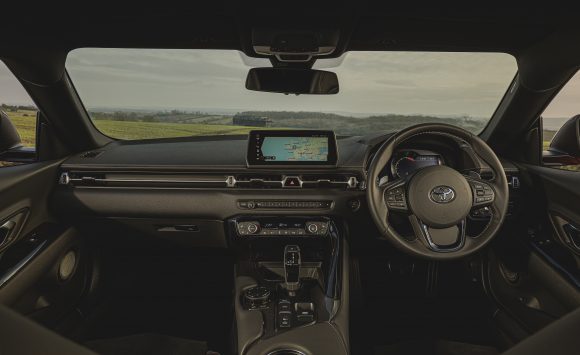 There are a few subtle changes in terms of spec here, with this 2.0-litre sitting on 18-inch alloy wheels rather than the 18s you’d find on the 3.0-litre car. Inside, it loses its head-up display, though the Supra’s dials are clean enough to ensure you’re not too worried about this.

You still get an excellent four-speaker sound system, as well as heated sports seats, an 8.8-inch infotainment system and a suite of driver assistance technology.

You can add a Fuji Speedway Edition upgrade should you want more toys, which brings 19-inch alloy wheels with a matte black finish. A white metallic paint scheme is also added, alongside carbon-fibre inserts for the interior. Leather seats are thrown in too. 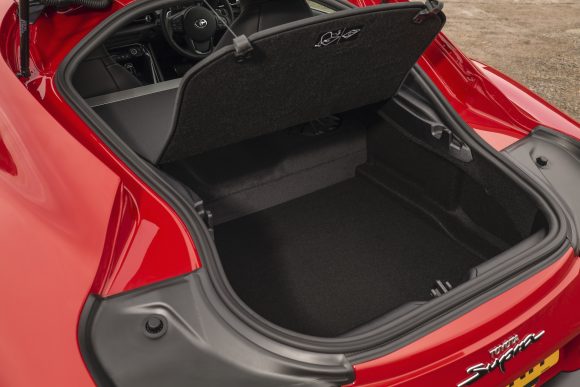 Though the 2.0-litre’s lower power and torque might initially lead you to believe that this is the lesser of two Supras, that doesn’t feel the case out on the road. Here, its light and nimble nature come to the forefront, making it a far more rewarding experience for keen drivers.