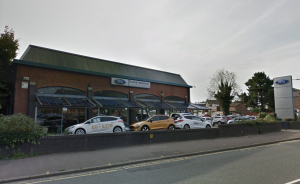 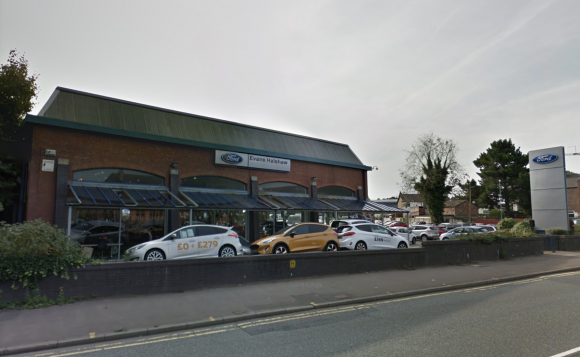 THIEVES raided an Evans Halshaw dealership in Greater Manchester during the early hours of Monday morning and fled with five Ford models.

The showroom, in Manchester Road, Altrincham, was initially broken into at 11:20pm on Sunday night by a single intruder who stole a number of car keys, police said.

At 2am on Monday morning, a gang of around 10 offenders then stole five Fords after ramming a vehicle through a perimeter wall.

Inspector Dave Jones, from the Trafford Division of Greater Manchester Police, said: ‘This was a well-planned burglary that has deliberately targeted this business premises.’

No arrests have been made, and police are asking for anyone with information to come forward.

The vehicles stolen were:

Inspector Jones added: ‘I would like to reassure the public and advise we are treating this as an isolated incident and are determined to find those responsible.

‘We have been following a number of lines of enquiry and are appealing for the public to come forward with any information or dashcam footage they might have.’