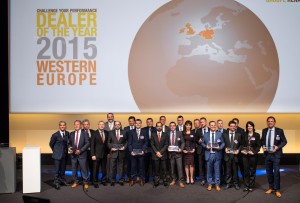 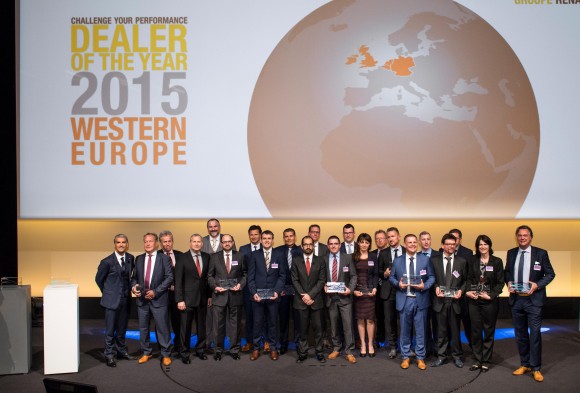 RENAULT has announced the winners of its annual ‘Dealer of the Year’ (DOTY) 2015 awards, of which five UK outlets were victorious.

On May 11, Thierry Koskas, executive vice president, sales and marketing of Groupe Renault, hosted a ceremony at the Renault Technocentre in the Paris region to honour the winners.

Across its global network of 12,000 outlets, more than 2,500 dealers took part in the DOTY 2015 challenge across 35 countries, and five UK businesses made the cut.

The 105 winners were selected on the basis of four criteria: the sales volume for new vehicles, spare parts, accessories and service contracts, the profitability of their dealership, customer service quality, and compliance with brand identity standards.

Koskas acknowledged the commitment, performance and professionalism of these group dealers throughout the ceremony, underlining the importance of the dealer network and its role in transmitting the value of the group’s products and services to customers.

For the first time, the 2015 event recognised dealers for their commitment to corporate social responsibility (CSR) and DSG Morecambe was among the five dealers who were presented with an EV Award for achieving the highest electric vehicle sales.

Koskas said: ‘Groupe Renault now has a new and expanded range of vehicles. Our sales network is our main ambassador for our brands and products and I know I can count on its professionalism and quality of service to promote these fantastic products to our customers.’