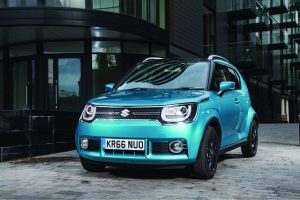 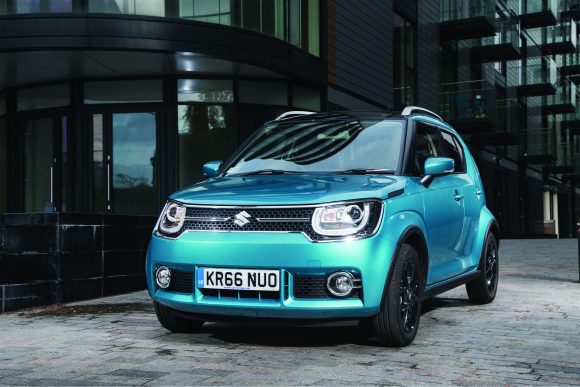 The latest offering from Japanese manufacturer has rivals from Fiat and Vauxhall in its sights. But is it any good? Jon Reay reports.

It’s been nearly 10 years since the last of the previous-generation Ignis rolled out of Suzuki’s UK showrooms, and what a difference a decade has made. While the old car managed to whip up a (relatively) decent number of loyal customers over the seven years it was on sale, it’d be fair to say that it was a dull-but-worthy creation.
Suzuki is hoping that this distinctive-looking new car can provide a properly desirable alternative to European rivals from the likes of Vauxhall and Fiat.

There’s just the one engine option: a 1.2-litre four-cylinder petrol borrowed from the Swift. It’s not as perky as the 1.0-litre turbocharged ‘Boosterjet’ unit you’ll find in the Baleno, but it’s more than enough to propel the sub-one tonne Ignis along with ease. As in the Swift, it needs some revving to really get going, but if anything that adds to the Ignis’s honest appeal. Some cars get an SHVS ‘mild’ hybrid system too – effectively a way of regenerating the power used when you brake.

It’s hard to fault the Ignis on value for money – even entry-level SZ3 cars get plenty of toys. Air conditioning, front electric windows and a DAB radio with USB and Bluetooth connectivity are all thrown in. SZ-T cars get some added street cred thanks to 16-inch alloy wheels, roof bars and a touchscreen sat nav with reversing camera, while top-of-the-range SZ5 trim brings LED headlights, keyless entry, climate control and more.

The Ignis has undeniably been set up for comfort rather than outright sportiness – and that seems about right for a car of this type. The steering, clutch and gearbox are all light to the touch, and make herding the Ignis around city traffic a piece of cake. Ride quality is good even on the larger 16-inch alloys, and things are remarkably stable at motorway speeds too. Off the beaten path, things are similarly impressive. The Ignis’s optional four-wheel-drive system should be more than enough to get it across a muddy field or up a rutted track with ease.

Autocar says: ‘It doesn’t quite live up to any of its rivals’ on-road dynamics, interior quality or infotainment systems. Yet if you bear in mind the Ignis’s very generous standard equipment and outstanding space and practicality, it certainly has something they don’t.’

Whatever segment the Ignis fits into – city car or mini-crossover – there’s no doubting that it’s an appealing little thing. It’s not the most accomplished car in its segment – as ever, that honour goes to the Volkswagen Up – but the Ignis isn’t far off.