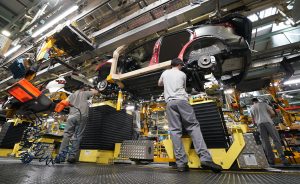 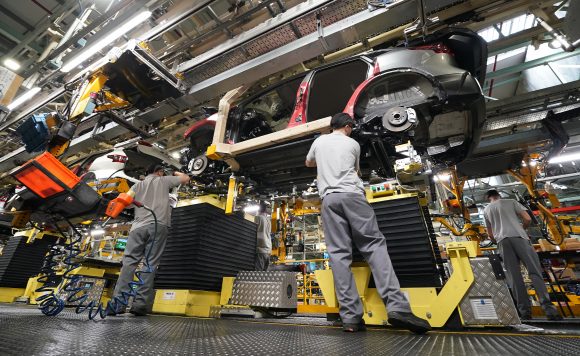 The furlough scheme should be extended by a further six months to avoid a tsunami of job losses not seen since the 1980s, says a trade body.

Make UK – which represents manufacturers including the car industry – has surveyed its members and found more than half plan to make job cuts by the end of the year.

Some manufacturers are planning to cut their workforces by a quarter as they reel from closures during the lock down and demand for cars dwindling across the world.

Bentley, Aston Martin, Jaguar Land Rover, Ford and Nissan among many others have already made cuts to their work forces.

As the furlough scheme winds down from August, with employers having to contribute proportionally more each month to workers’ pay, job losses are set to increase.

Make UK particularly highlighted that measures should be put in place to protect the aerospace and automotive industries.

Chief executive of Make UK Stephen Phipson said: ‘There is no disguising the fact these redundancy plans make for very painful reading.

‘As well as the distressing personal impact on livelihoods across the UK, industry cannot afford to lose these high-value skills which will be essential to rebuilding our economy and investing in the industries of the future.’

Make UK called for an extension to the furlough scheme for ‘strategic industry sectors’ to protect jobs.

The organisation’s latest monthly survey revealed the number of companies planning to make redundancies in the next six months has risen to 53 per cent.

This represents a continued sharp rise in firms’ intent to cut jobs over the past two surveys, rising from 25 per cent and 42 per cent in the two previous months.

Almost a third of companies (32.3 per cent) are planning to make between 11 per cent and 25 per cent of employees redundant.

It also reported that the proportion of companies expecting a return to normal trading to take 12 months or longer has risen from just under a third in the previous survey to 42 per cent.

Phipson added: ‘At present, the prospect of a V-shaped recovery for industry seems remote.

‘Therefore, if we are to mitigate the worst impact of potential job losses, government must extend the furlough scheme for key strategic sectors to provide them with vital breathing space.

‘In addition, government should consider measures to boost demand in the aerospace and automotive industries in particular.’

Last week it was reported that staff numbers on company payrolls had plummeted by 649,000 during the lockdown after the pandemic claimed 74,000 more jobs in June.

The number of paid employees fell by 1.9 per cent year on year in June to 28.4m, and by 0.3 per cent compared with May, said the Office for National Statistics (ONS).

The chancellor unveiled the scheme in his Summer Statement, with the aim of heading off soaring unemployment.

It includes a Job Retention Bonus, which will give firms £1,000 for each furloughed employee they bring back to work.

He also announced a Kickstart Scheme as well as an apprenticeship recovery programme, but it’s feared it won’t go far enough.

Economists say there will be mass unemployment when the furlough scheme ends in October, with vacancies also at record lows.