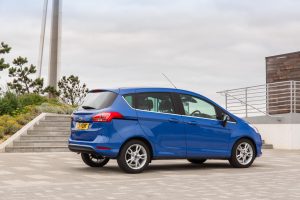 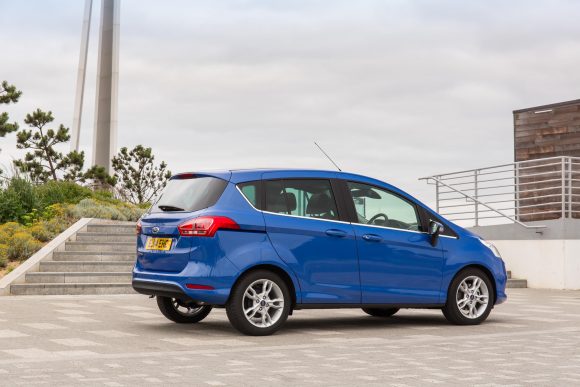 FORD’S B-Max mini-MPV could be facing the chop in the next 12 months, as the company eyes up concentrating on a selection of crossovers in place of the slow-selling model.

Launched in 2012, the B-Max quickly stood out for its ingenious pillar-less sliding rear doors and impressive driving dynamics. But, with sales for MPVs falling and crossovers booming, the cleverly-packaged Fiesta-based people carrier looks unlikely to be replaced – and may not even stick around until the end of the year.

Instead, Ford is hoping to bolster its B-segment offerings with both the heavily refreshed EcoSport SUV – set to start production later in the year at the European factory which currently builds the B-Max – and the yet-to-be-launched Fiesta Active crossover.

While Ford has committed to recruiting nearly 1,000 new employees to build the EcoSport at the Craiova plant in Romania – an increase of nearly one third on its current workforce – the potential for spare production capacity from a B-Max departure could have played a role in why the plant was chosen to produce the refreshed compact SUV.

‘The plant will gain EcoSport, and the team’s gotta get [ready for production of] that,’ a Ford spokesman told us. ‘Then I think the B-Max’s position will be decided. We’re a bit crowded in that space.’

The B-Max wouldn’t be the first mini-MPV to face the chop this year – following similar moves from rivals like Vauxhall, Nissan, Citroen, Kia and Hyundai to usher out bulbous B-segment people carriers in favour of more fashionable, if less practical, crossover replacements.

‘At the moment it’s a challenge, and its volumes indicate what’s happening in the whole market,’ the spokesman added. ‘It’s no reflection on B-Max as a product, but [its future] is being reviewed.’