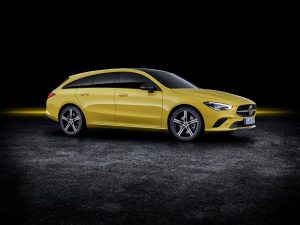 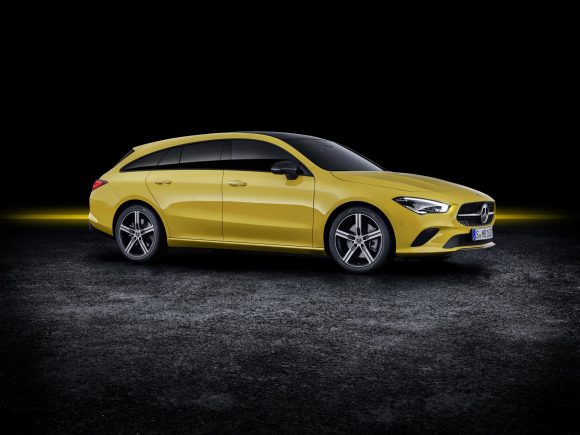 MERCEDES-Benz took the covers off its second-generation CLA Shooting Brake at the Geneva Motor Show today.

The model is based on the CLA saloon, itself a stretched version of the A-Class hatchback. Unlike either of those cars, though, the Shooting Brake is an extended estate model – with a stylishly curvy rear end and improved boot space for greater practicality.

The car’s front end is identical to the A-Class and CLA – with a raked-forward front end and signature LED headlights. However, from the B-pillar back, the CLA has a totally new rear.

While the first-generation model was more of a lifestyle choice than a practical one due to its severe lack of headroom and boot space, this new model is a far more practical proposition. The boot is now a useful 505 litres – just 10 litres up from its predecessor, but the boot opening is an impressive 23cm wider than before.

Being based on the new A-Class endows the CLA Shooting Brake with a high level of technology on the inside. Taking centre stage is the brand’s latest MBUX infotainment system, with twin widescreen displays stretching right across the dashboard to offer a sense of cinematic style to the sat-nav.

Drivers can also make use of the ultra-trendy voice assistant – activated by saying ‘Hey Mercedes’ to the car.

Mercedes has only announced a single engine for the CLA Shooting Brake – a 2.0-litre petrol with 219bhp, badged as CLA 250. Other petrol and diesel engines are expected to be announced closer to the model’s launch later this year.

Nothing’s been mentioned on price yet either, but expect a modest increase over the outgoing car’s £26,000 asking price.