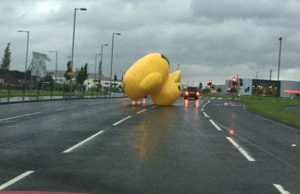 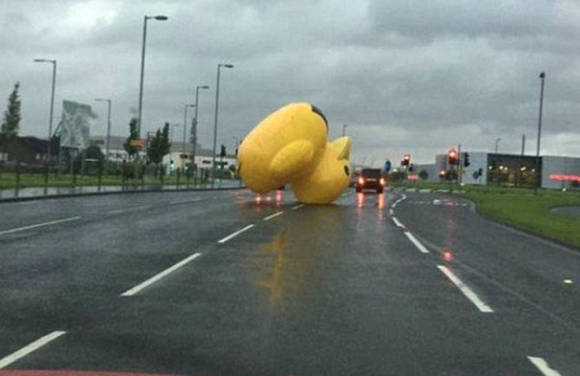 AN inflatable duck that was tethered outside a Peter Vardy CarStore dealership in Glasgow came free on Friday as Scotland was hit by high-speed winds.

The mascot then rolled into the road outside the showroom, hitting some of the vehicles, but no one was hurt. 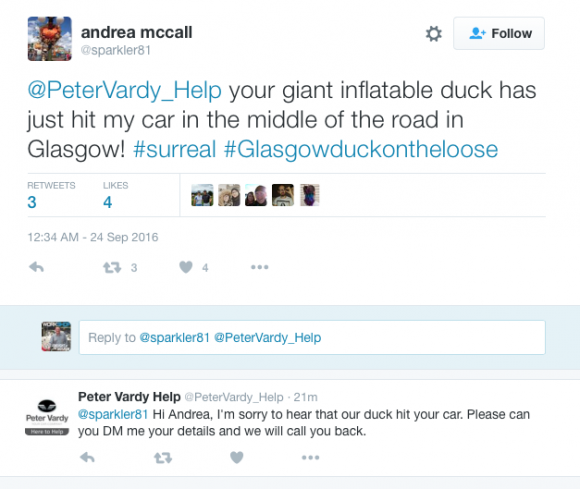 Western Scotland had – appropriately – been given a yellow weather warning by the Met Office for rain and high winds, and the bad weather caused the duck to break free.

Several people filmed and pictured the incident as the inflatable bird was blown into the Hillington Road dual carriageway, with many of them posting the images on social media sites.

A video of the runaway duck from inside the dealership was posted on Facebook by Mark Duncan and has currently been viewed more than 116,000 times.

Peter Vardy CarStore had previously posted about the duck outside its dealership earlier this month. It has also had a giant panda tethered in front of the centre.

Users on Twitter expressed their amazement at the yellow inflatable on the road, with @m8kna posting a picture of it: 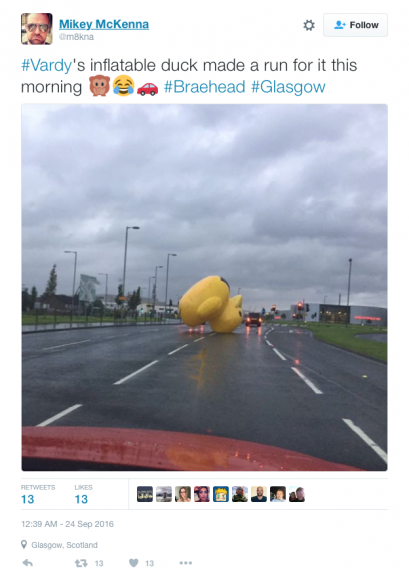 It is not known what happened to the inflatable following the incident.