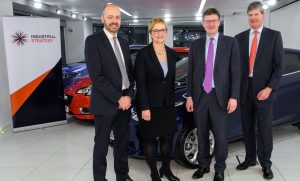 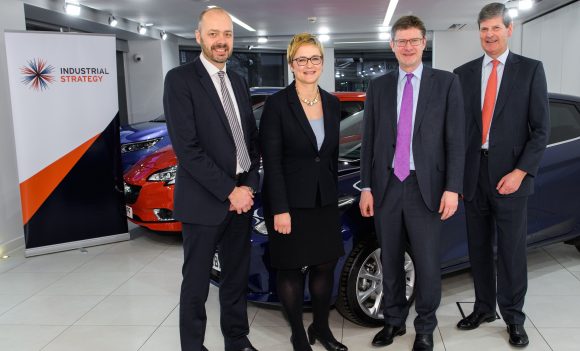 A ‘LANDMARK’ deal between the government and the automotive industry was announced today, securing millions of pounds of investment.

It involves joint investment and long-term commitments in areas including the design and development of autonomous vehicles, research and development of battery technology, and accelerating the manufacture of ultra-low and zero-emission vehicles.

The government has announced £26.4 million of investment, match-funded by industry to total £52.8 million, to help develop the next generation of driverless and low-carbon vehicles, with flagship projects led by Ford, GKN and Jaguar Land Rover.

Hailing it as a ‘landmark’ agreement, business secretary Greg Clark said: ‘For decades, the UK’s automotive industry has powered our economy forward.

‘Today, automotive firms from around the world choose to set up shop here, citing our history of excellence, skilled workforce and world-leading supply chains.

‘In the next 10 years, the sector will see more change than in the previous hundred. From the engines that power our cars to the way we control them and our attitudes to owning them, technology is changing what the industry looks like and where money can be made.

‘The automotive sector will shape our response to the grand challenges articulated in our industrial strategy, such as clean growth and the future of mobility – transformations which will forever change how people live, work and travel.’

Unite union assistant general secretary Tony Burke said: ‘Unite welcomes any new investment in the UK’s world-class car industry, but against a backdrop of continued Brexit uncertainty and job losses at Ellesmere Port, we demand that the government goes further.

‘We need a proper long-term plan for the automotive sector with union involvement that includes a “just transition” plan for workers in the diesel and the traditional supply chain.

‘If the UK’s automotive sector is to retain its world-leading status, then the government must do more to support firms in the supply chain so they can retool, reinvest and reskill workers for the next generation of components.’

On WorkshopMagazine.co.uk: Mechanic jailed for near-£210,000 tax fraud