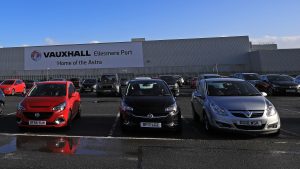 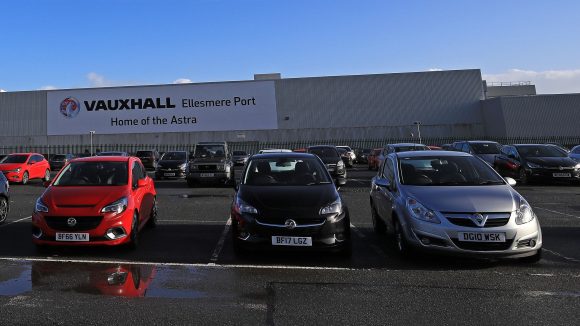 VAUXHALL has announced that it will cut a further 250 jobs from its Ellesmere Port factory, following 400 redundancies in 2017.

The British car manufacturer was purchased last year by French Groupe PSA, which is made up of the Citroen, Peugeot and DS brands. It then announced plans in October to cut 400 jobs in a move to a single-shift operation for 2018.

Despite Vauxhall describing the switch to a single-shift as a success in a statement, it revealed that 250 extra jobs needed to be cut between April and September 2018 ‘in order to meet the challenges ahead’.

It said: ‘At a meeting held between representatives from Vauxhall Motors and Unite the Union, the company explained that although the initial voluntary separation programme at its Ellesmere Port plant announced in October (aligned to adjustment of production volumes in order to protect its future) has been successful, it needs to initiate a further voluntary programme for eligible employees of a further 250 heads.’

The Ellesmere Port factory is responsible for production of the Vauxhall and Opel Astra, demand for which has reduced with growing interest in SUVs.

Following the October job cuts announcement, Groupe PSA issued a statement saying: ‘PSA Group has affirmed its commitment to the Astra plant at Ellesmere Port. The company has every confidence in the capability and skills of the Ellesmere Port workforce to deliver the necessary improvements in financial performance.

‘Once it has enough visibility on the future trading relationship with the EU, and the plant competitiveness has been addressed, the company will be in a position to consider future investments.’

Len McCluskey, general secretary of workers union Unite, said: ‘This is an additional blow to a world class workforce that is one of the most efficient in the industry. PSA must provide investment guarantees on new models for Ellesmere Port as a matter of urgency.

‘The government must play its part too and provide guarantees on frictionless trade after Brexit. Its current red lines on the customs union and single market will do little to instil business confidence and unlock the investment needed.

‘We ask that ministers give PSA and other manufacturers a clear signal that government will do all it needs to support this crucial sector through the Brexit process.’