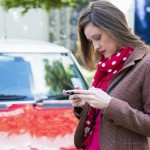 YOU know that these days it’s reckoned people know the exact make and model of the car they want to buy?

Well, according to Auto Trader… that’s not right at all.

In fact, when they start out on the buying process, many of the buyers have no idea what they want.

Recent research from Auto Trader’s Buyer Behaviour Study undertaken by GfK suggests that, when broken down by age and gender, more women and young people need support to narrow down options.

Each year there are around seven million used-car transactions and a further 2.4 million new-car sales. The research findings therefore suggest that more than 2.5 million buyers could benefit from online search pathways that help them find the right car more easily.

Auto Trader’s market research director Nick King said: ‘Today’s consumers make decisions online because it’s easy and they feel more in control. By the time they make the journey to a physical forecourt, most will have researched extensively: they will know exactly what car they want, how much they should be paying for it, and a lot about the retailer from which they wish to buy.

‘But it’s also clear that many need support in taking their first steps. We have to make it as easy as possible for both the committed petrol head, but also the nervous novice, to narrow down choices at the start of their journey – and then connect them quickly with the right car and the right dealer.’

Auto Trader says it has taken steps to improve search filters on its site, making them more relevant and granular. That means buyers with a model in mind are able to hone-in on selections more quickly.

But for less-confident buyers, there’s a new search pathway that starts by asking about lifestyle needs. It assumes no expertise on the part of the searcher and begins with the premise that things like ‘four seats’ and ‘low mpg’ will be more helpful, than expecting a selection by brand, make or model. Side-by-side model comparisons are then presented on screen to support research and help narrow down choices.

MORE: Audi: Our work with dealer network is paying off

On superunleaded.com – Ford Plays On Sibling Rivalry With Fiesta ST Versus Mustang Video