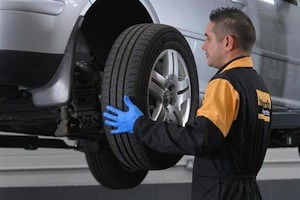 AN MOT promotion by Halfords Autocentres Ltd has been banned by the Advertising Standards Authority.

The advert saw Halfords market MOT tests as ‘now only £29,95 RRP £54.85’ and the ASA believed consumers could be mislead by the claim.

The ASA understood that although VOSA set the £54.85 price as the maximum charge for MOTs, it was not the amount recommended and that not all garages charged customers this price.

As VOSA made no recommendations about the price at which MOTs should be sold, the ASA believed that the £54.85 price was incorrectly referred to as an RRP.

The ASA added that customers would think £54.85 was the recommended price and Halfords sold its own MOTs at a much lower price.

Halfords said that MOT prices were set by VOSA and that the promotional price in the advert was against the VOSA test fee, which was the non-promotional rate it sold MOTs for at all of its premises nationwide.

The company also stated that the £54.85 test fee was the price at which MOTs had previously been sold at its 290 garages as well as at a range of its competitors’ centres.

Halfords provided VOSA test fee information along with details of its own sales of MOTs at £54.85 and examples of 13 further garages from across the UK including main dealers, multi-site independent dealers and three of the other largest fast-fit centres, which were using the £54.85 as the reference price.

However, the ASA said there was no evidence supplied to support this and found that a competitor garage with 585 sites had been offering MOTs at a price of £45.

As a result, the ASA has said the advert should not appear again in its current form. ‘Although we understood many garages decided to sell at the top VOSA price, we considered that this did not itself demonstrate that this price was an RRP or that this was the price at which MOTs were generally available,’ the authority said.

‘We considered that it was inaccurate and misleading to refer to the VOSA price as an RRP and therefore concluded that the ad was misleading.’

This isn’t the first time the retailer has been criticised for its advertising, when it was forced to modify an advert back in 2012, which was deemed to be misleading to motorists by the SMMT.