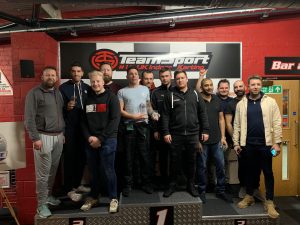 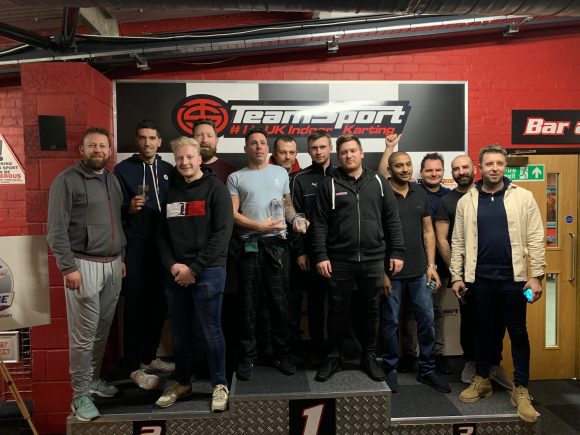 THE 10 outfits that made their way to the track for the penultimate qualifier were filled with anticipation.

It started with a 15-minute practice session, and the team comprising Colwin Motorcycles, Doble Motorcycles and Hythe Hill Motorcycles, who called themselves – perhaps to no surprise – The Bikers, set the fastest lap, proving to be as good on four wheels as they are on two. Allen Ford Essex were a close second, followed by Saxton 4×4 in a promising third. 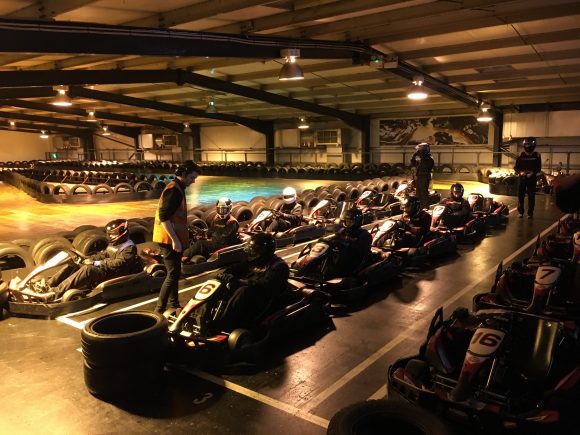 Ready for the off

The practice run proved to be a clean affair with no crashes or drama – although that couldn’t be said for the rest of the race.

Before the showdown began, each team huddled for crucial tactical discussions then moved on to the grid. Essex Prestige Autos and Allen Ford had the enviable honour of being at the front row of the grid, but would they crack under the pressure?

Essex Prestige were on the ball from the start and headed into an early lead after the first lap, with all looking promising for a good clean race — until a six-kart pile-up brought out the yellow and red flags for the first time, allowing Allen Ford and Essex Prestige to stay out in front, where they built up a comfortable gap ahead of the rest of the pack after five laps.

The next few laps consisted of clean-cut racing, and pure concentration from all of the teams could be seen through their ever-dropping lap times. After the first 20 laps were annihilated by all the competitors, early leaders Allen Ford and Essex Prestige found themselves fighting to stay in front alongside Stratford Car Sales, having built up a lap lead from the rest of the field. But would their luck run out?

By the time the race was 30 minutes down with another 60 to go, Allen Ford had pulled away with a remarkable 18-second lead over Essex Prestige. However, like lions hunting their prey, The Bikers were moving their way through the pack – setting some impressive lap times as they stealthily moved up to third on the leaderboard.

Things were starting to get increasingly interesting when competitiveness really started to shine through, with almost all the teams incurring penalty stops by this point and Stratford Car Sales proving to be the worst offender, racking up three in the first 30 minutes.

By the mid-point of the 90-minute race, Allen Ford still held a cushy lead and had amassed two laps over Essex Prestige. The Bikers were continuing their charge, though, and were only a few seconds behind second place at the halfway stage.

With 30 minutes remaining, Allen Ford looked to have things in the bag, but The Bikers had the gap down to less than one lap at this stage – could they find the pace to mount a challenge for the lead? It certainly looked possible, with The Bikers now posting the fastest lap of the night at 33.453 seconds – just two seconds off the all-time track record. 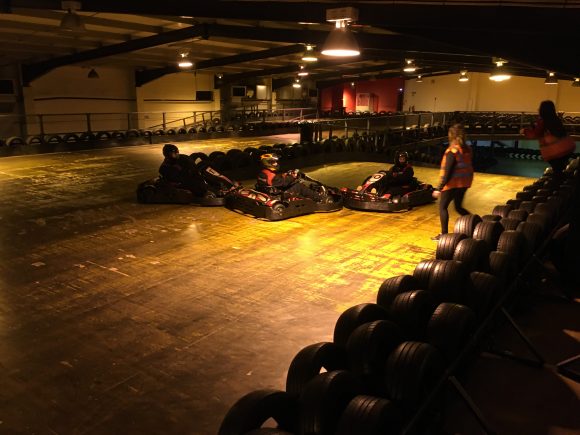 It was bumper to bumper at one point…

Roy Tolley were making good progress in third place at this point, while HP Tradings were also putting in some quality lap times in fourth – chasing down the last podium spot.

And then, with just under 20 minutes left, the once seemingly impossible happened – The Bikers grabbed the lead from the clutches of Allen Ford. Would they hold out?

Once in the lead, The Bikers never looked back and pulled away to an astonishing two-lap gap in the last 10 minutes to clinch an impressive victory over Allen Ford, who were very consistent throughout the night and finished in a well-deserved second place. HP Tradings took the third spot on the podium in an overall enthralling contest.

The final qualifier of this thrilling challenge takes place in Cardiff on Thursday, February 6 and there are still two slots. For the chance to take part, email [email protected]. All entries will go into a hat and the winning ones notified. Thanks to Close Brothers’ support, it’s free! The grand final will be held in Leicester on Wednesday, March 4.

MORE: Slipping and sliding in Stockton starts off our latest go-karting challenge