Home > News > How will Joe Biden winning the US presidential election change the global car market? 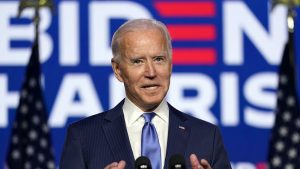 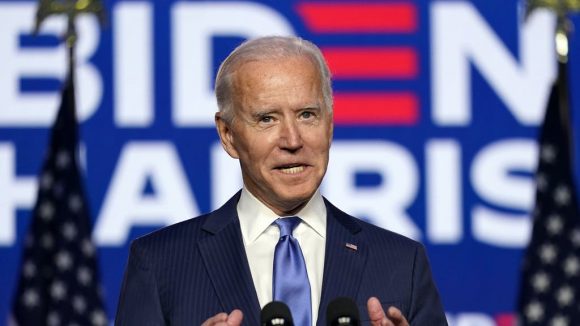 How will Joe Biden winning the US presidential election change the global car market?

With networks now declaring Joe Biden as president-elect, it’s no big news that his policies are pretty different to that of President Trump.

But will a new American leader make any difference to the global car market?

The auto industry has long been an area of great pride to Americans and that has been a pawn in political campaigns.

With some of the world’s biggest players invested heavily there, how could a change in policy change their fortunes?

Here we explain some of the changes Biden has indicated he’d like to make, or in some cases started working on already, and how they could affect the global car market.

The latest policy reduced how sharply they’d have to improve to 1.5 per cent per year until 2026. Car makers said this saved them $1bn (£752m) annually.

However, Biden has already proposed in June to go beyond this with a reduction of six per cent year-on-year from 2026.

Does Biden want more electric vehicles on the road?

Many US automotive industry workers are concerned that the switch to electric vehicles (EVs) will see them lose their jobs – and for that reason many defied their unions in 2016 and voted for Trump.

However, Biden has promised $400bn (£300bn) in public investment to help the transition to green energy. Part of this will go to supporting local officials in building 500,000 new EV chargers by 2030.

This would be a sharp increase as, according to the US Energy Department, the United States currently has 87,600 charging points.

He also plans to replace the US government’s large fleet of vehicles with EVs.

Will Biden be offering incentives to EV drivers?

The US currently has an incentive scheme for EVs where car buyers get a $7,500 tax credit for a new electric vehicle, but car makers can only use this on the first 200,000 vehicles sold – a limit General Motors has hit and Tesla exceeded way back in 2019.

A proposal to extend this to the first 600,000 cars made was rejected at Congress.

Biden has said he wants this tax credit to prioritise cars made in the US, which would be great news for Tesla buyers, which already leads the EV sales charts in America, and Chevrolet but Ford, Nissan, Volkswagen Group and Honda all make their EVs outside the USA.

He also wants to set up a ‘cash for clunkers’ scheme where drivers can trade in older, polluting cars but it’s not been confirmed how much this would be.

Would Biden as president improve trade negotiations with the UK and China?

Biden’s team have said he would ‘revaluate’ tariffs on imported vehicles, parts and materials from China.

Whether he will try to stop the trade war with China is unknown, but he said as part of his July announcement on climate change that his investment in the EV industry is ‘so that the United States – not China – leads the world in clean vehicle production’.

This would suggest he’s not about to fix this rift overnight.

When it comes to the UK, Biden said he’d ‘have preferred a different outcome’ to the Brexit vote.

However, his goals are said to be similar to Trump’s when it comes to boosting US trade overseas.

The change in leadership will likely slow negotiation talks between the UK and US for a favourable trade deal, too.