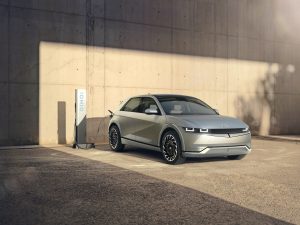 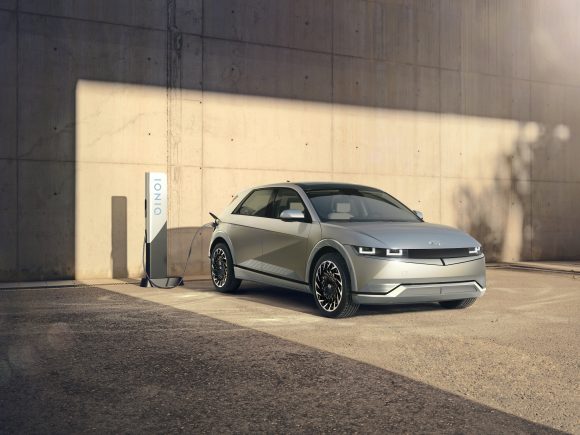 The Hyundai Ioniq 5 has scooped three gongs at the World Car of the Year Awards 2022.

The online event revealed the electric Hyundai had won the overall World Car of the Year title as well as World Electric Vehicle and World Car Design categories.

More than 100 automotive journalists from 33 countries were tasked with testing 28 vehicles from an initial entry list, before whittling this down to three finalists – the Ioniq 5, Ford Mustang Mach-e and the Hyundai’s sister car, the Kia EV6.

A secret ballot then took place to crown the winner which was unveiled at the New York International Auto Show this week.

‘Our game-changing EV has made a strong impact on increasingly eco-conscious and demanding consumers around the world, and its success supports the acceleration of electrification of the automotive industry.’

The World Car of the Year titles are now likely to be used heavily in marketing and dealership promotional material by the brand for the car.

The Ioniq 5 was the runner up in the Car Dealer Power Car of the Year awards in 2021. In our video below you can see what we thought of it when we took it for a spin.

The Ioniq 5 has won praise across the automotive industry since its launch, with its futuristic design.

It is currently available with a 58kWh and 73kWh battery, though the latter will be replaced with a 77kWh option soon.

It’s one of the fastest charging cars on the market, with its 220kW capacity adding 62 miles in just five minutes, while its maximum range is almost 300 miles.

To be eligible for consideration in the World Car of the Year awards, a vehicle must sell more than 10,000 units, must be priced below luxury vehicles in primary markets, and be on sale in at least two major markets on two separate continents.

Two other electric cars won categories at the event too, with the Audi e-tron GT named the World Performance Car of the Year at the event and the Mercedes Benz EQS the World Luxury Car.

The Toyota Yaris Cross picked up the World Urban Car of the Year award and Luc Donckerwolke, the chief creative officer for Hyundai, was World Car Person of the Year.