Home > News > New car registrations rise: ‘We can’t have it both ways’ 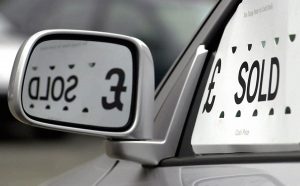 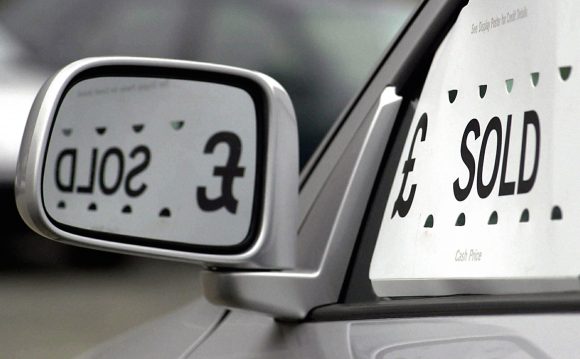 New car registrations rise: ‘We can’t have it both ways’

THE double-digit percentage rise in the number of new car registrations for April gave the automotive industry a boost this morning.

But the statistics got a mixed reaction from some of its leading figures.

Ian Plummer, manufacturing and agency director at Auto Trader, said: ‘Unfortunately, this increase doesn’t mean that the underlying market has suddenly bounced back.

‘Instead, it simply reflects the fact that April 2017 was especially weak as a result of new car buyers pulling their purchases forward to Q1 ahead of the implementation of the new VED rules. May could well see a similar but smaller bounceback, with June likely to show more of the underlying trend.’

‘The typical seasonality in the car market could vary significantly this year, given the impact of VED, WLTP and the bad weather in March which severely impacted prices in what is usually the biggest sales month of the year. 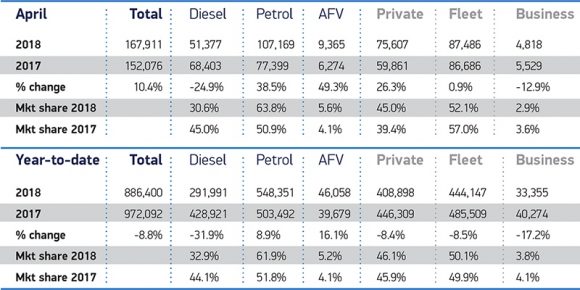 ‘While sales of new diesel cars have, unsurprisingly, continued to decline, we are still seeing used diesel cars holding their value well on the Auto Trader site.

‘It’s encouraging to see that the popularity of alternatively-fuelled vehicles is increasing – searches on Auto Trader reached record highs of five per cent in March – but the pace of change is not nearly fast enough to compensate for the drop in diesel sales.

‘We need to turn the debate over diesel into positive action that clarifies the issue for consumers – and for that we need more helpful messages from government, as well as concrete fiscal measures. Diesel cars have all been tarred with the same brush, when the reality is that the newer models are very clean.’

Ian Gilmartin, head of retail and wholesale at Barclays Corporate Banking, commented: ‘The uptick in new car sales will be welcome news for many sellers, but we can’t have it both ways – just as we partly attributed last month’s poor result to an unfair comparison to an unusually strong March 2017 ahead of the tax changes, similarly April 2017 was relatively weaker after the VED increase came into force, which flatters today’s numbers.

‘With the exception of last year, it is still the weakest April since 2013, but after a full year of declines, the industry will cheer a sales increase in whatever way it’s achieved.

‘The figures also show that diesel sales continue to struggle with a 25 per cent fall, reinforcing the pressing need for policymakers to provide more clarity to car buyers, and indeed the industry itself, on future plans around fuel regulations.’ 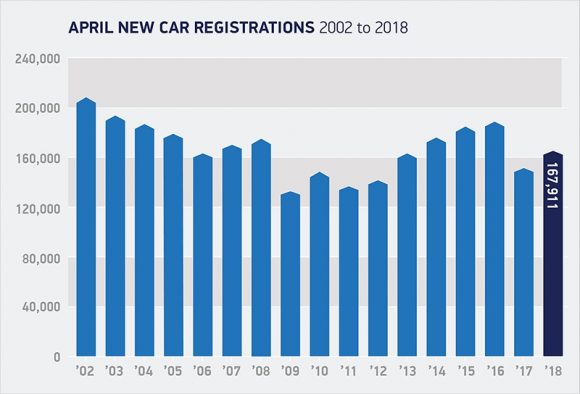 Andrew Hooks, COO of Carwow, added: ‘Today’s results do not mark a recovery. The reality is the car industry – and the consumer – need clarity of strategy from the government, including a practical and actionable plan to manage the long-term transition from fossil fuel to alternatives over the next 20 years.

‘This plan must include petrol and diesel at its core while we wait for the strategy to deliver the advances in infrastructure and technology needed to make alternatives a plausible reality for the majority of car drivers.

‘Without this, consumers still lack the confidence to buy because they are inundated with ill-informed messages casting all diesels as bad – messages that the government has repeatedly failed to correct.

‘Meanwhile, those looking to go green lack the reassurance that the UK is set up for an electric future, with the relative lack of publicly-available charging points and vague promises of investment in the electric infrastructure.

‘The industry continues to seek new ways to engage the car-buying public and it’s significant that online leads are growing year on year. Dealers are working hard to get in front of potential customers however they are choosing to browse and buy their new car.’

MORE: CDX 2018 to host 19 outstanding panels on the Live Stage

On WorkshopMagazine.co.uk: IMI calls for re laws to protect mechanics working on EVs