Home > News > Investigation: What is the latest with used car prices and is now a good time to buy a used car? 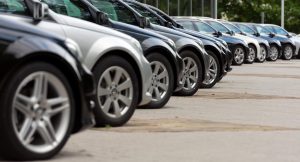 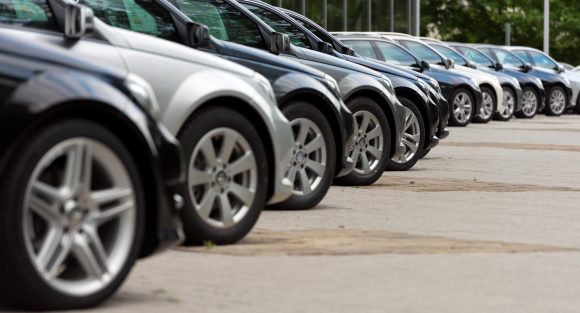 Investigation: What is the latest with used car prices and is now a good time to buy a used car?

Many car buyers are coming out of lockdown and finding that the research they’ve been busy doing into used car prices during the shutdown has been way off.

Consumers are reporting that rather than the good deals they were expecting at used car dealers and big price drops, they’re actually seeing used car prices on the rise.

Across a basket of the most popular used car models, eBay Motors Group told Car Dealer Live this week that it had seen prices go up 0.7 per cent.

And today Car Dealer Magazine has reported that the UK’s leading classified advertising website Auto Trader has found used car prices rose 1.9 per cent in May – a record year-on-year growth.

While that may seem at odds with the economic picture – one of swathes of job losses and a drop in consumer confidence – the price rises are very real and being reported from a number of sources.

Many will think this is the trade ‘talking the game up’, but it’s reality – and many consumers are seeing the effects of it first hand.

One friend of Car Dealer Magazine has been searching for a VW California since the start of lockdown. He reported prices creeping up out of reach of his budget and stock on the manufacturer’s used car locator plummeting on a daily basis.

His experience is not likely to be unusual. In fact, even the experts are struggling.

Jim Holder, editorial director at Haymarket Automotive, publishers of Autocar and What Car? magazines has been trying to buy a used car for two weeks and even he has failed to find what he was looking for.

He told Car Dealer: ‘I’ve spent the past two weeks trying to buy a used car and – like many – expected to pick up a bargain.

‘So far, there seems a collective mindset that the industry needs to hold its line if it is to survive intact, with that reserve buoyed by greater demand than expected either from new car buyers downsizing budgets or people purchasing to avoid public transport or to ensure that the car they have is as reliable as possible.’

But why are prices going up? Well, the used car market is all about supply and demand and right now there is a lot of demand and not a lot of supply.

Many buyers have spent the lockdown weeks researching a used car and, with very few dealers operating during the closure, that demand has not been satisfied.

That’s not to mention there are now many more people out there looking for used cars for a variety of reasons – the largest being the fact that using public transport is being advised against by the government.

Yesterday, the government announced that face masks will become mandatory on public transport from June 15 and for many that will be the step that puts them off using trains and buses for good.

These people are turning to the used car market in their droves and price rises have been reported to be largest in the sub-£10,000 category – the area these buyers are likely to be looking.

CAP HPI head of valuations Derren Martin said: ‘The main reasons some prices have gone up are pent-up demand from consumers that were looking to buy a car during or just before lockdown, those that are now wary of public transport and financially in a position to spend a few thousand pounds on a used car and those that are downgrading by selling their car and buying a cheaper, older one.

‘Added to this are the fact that supply levels are not yet high as defleets have not arrived in great volume, mainly due to the transport infrastructure still not being back at full strength, and auctions and other remarketers not yet working to full capacity.’

Richard Walker, data and insight director at Auto Trader said used car searches on its site are not only back to pre-Covid-19 levels but actually higher.

He said: ‘The growth reflects a market which has largely been paused during lockdown. Retailers have held firm on prices, which is a real positive as there is clear consumer demand.

‘There are likely to be new areas of market opportunity as more than half of commuters previously using public transport, and who have a driving licence, expect to buy a car for their commute post lockdown as they seek safety in their own personal space.’

Used car dealer and chairman of the Independent Motor Dealers Association Umesh Samani, who runs a used car business in Stoke, said prices were ‘shooting up’.

He said: ‘It’s simple maths. Many have been selling during the lockdown and all those cars have now left dealers without the dealers being able to restock.’

Many dealers we’ve spoken to are reporting a surge in buyers for used cars too as they opened up their doors again this week. While it is unknown how long this surge will last, it is enough to suck up the little stock that is out there.

Auction houses are reporting strong performances with many cars selling at over book price as used car dealers across the country look to fill empty spaces.

Specialist Cars owner Samani added: ‘All of a sudden there are many gaps on the forecourt. Auctions are not fully open and none of the part exchanges from the new car sales are around which has meant there is not a lot about.

‘However, I’m not sure if the demand will continue as more and more jobs are lost and we don’t really know the full impact of everyone’s finances as yet.’

Used car valuations firm Cazana, however, suspects retail prices are increasing for a number of reasons.

Director of insight for the firm, Rupert Pontin, told Car Dealer: ‘Consumer demand has increased as people seek to find ways to avoid public transport and either look to own a car for the first time, acquire a second car or consider upgrading their current vehicle given that they will inevitably spend more time driving.

‘As well as commuting, more people will travel around the UK rather than abroad as lockdown measures are relaxed.

‘Air travel will be restricted for some time too and there will also be concern at being in a confined space for long periods of time that may encourage people to holiday by car rather than by plane.’

Pontin also said that while some areas of the economy have suffered, some consumers will have saved money during the lockdown and will be looking to splash out.

He added: ‘It is worth acknowledging that consumers have not had much to spend their money on during lockdown and even those on a lower furlough-based income have found that their cost of living has reduced overall and they have been able to save some money.

‘Retailers have been selling cars during lockdown too and therefore stock is low and there is a shortage of cars in the wholesale environment.’

David Kendrick, partner at accountancy firm UHY Hacker Young added it was ‘not surprising’ used car prices were rising. ‘The market appears to be flying which is great news,’ he told us.

What Car?’s Holder thinks that used car prices could be on the turn soon, though.

He said: ‘The surge in interest since lockdown eased will likely last just four to six weeks according to our data, and that’s when I think we’ll get a truer picture of the market.

‘Will the need to turn stock into cash bring prices down, or will dealers have enough demand to hold their line? Will sufficient numbers of buyers move from new to used cars to sustain growth on this side of the market, and will there be enough stock coming into the used market to keep feeding this demand?

‘A lot will depend on the collective mindset shown by a very large and disparate group of used car sellers.’

So when is a good time to buy a used car?

Our advice to consumers reading this would be that’s when you need one. If you wait for the used car market to change you’ll be waiting forever.

Used car prices ebb and flow and while that might make the car you’re looking to buy slightly cheaper at some point, price rises will also mean that you may get slightly more than usual for your car when you come to sell.

While it is true car dealers have been hit hard by the pandemic, they have large amounts of cash tied up in the used car models many are looking to buy. Dropping the prices for less than they bought them for does not make economic or business sense.

While CAP HPI told Car Dealer during a recent interview that used car prices could be ‘volatile’ for the next 12 months, that doesn’t necessarily mean they’ll be huge drops. If you’re waiting for used car prices to plummet, it seems you could be waiting a very long time.