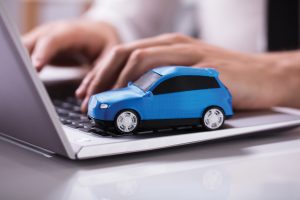 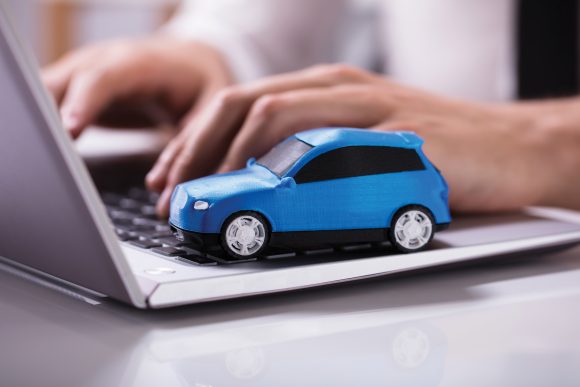 James Baggott: Where next for new car sales? The finger is pointing at the internet

IT’S a question I get asked by dealers, manufacturers and casual observers all the time: What will buying a car be like in the future?

Sounds like a simple question, but it’s one that I find hard to answer – mostly because those asking don’t like what I have to say.

Let’s start with the car that people will be buying. Let’s face it, it’s going to be electric. Out at the Geneva show, every manufacturer and his dog launched a new EV.

From the fastest ever to EVs for the people, each stand had a different vision, but pretty much all had some electric trickery to power them.

Before the masses can adopt them, charging them needs to be sorted out. I want to be able to charge my car everywhere I go –  and I don’t really want to have to haul a cable out of the boot and have to plug it in.

If I can stick my phone down on a pad on my desk  and wirelessly charge it, why can’t I park a car in any car park and top it up? I don’t mind paying for the privilege – and I’m sure many others wouldn’t either. I just want it to be full of electricity whenever I get in it.

Imagine if every car parking space, from Tesco to service stations, offered a wireless charging pad that topped your car up when you parked on it. You’d never have to worry about range anxiety, would you?

That’s the thing with electric cars that bothers me. No one has really thought through the charging infrastructure in any detail. OK, no one apart from Tesla, and they’re too busy firing cars into space than actually delivering those that people have ordered to be taken seriously.

Like I said, out in Geneva, EVs were everywhere, yet every manufacturer boss I spoke to that only a few moments before had ripped a cover off their electric offering couldn’t give me  a solution to the charging problem.

People will only buy EVs when they know they can charge them easily, and that includes if they live in a flat or a terraced house with no off-street parking. The public charging points in the UK are rubbish.

They’re unreliable, poorly distributed, and to make matters worse, when you turn up at one with six miles of range left, there’s no way of knowing if there’ll be a queue of other empty EVs in front of you waiting for their 45 minutes of top-up time.

Sounds like scaremongering, doesn’t it, but I’ve been there, sitting waiting for two hours while two other electric cars charged up before me – and that was before any of the mainstream manufacturers launched their offerings.

OK, I’ve gone off topic. The point of this column was to give you my thoughts on buying cars in the future. But the type of car people will be buying is intrinsically linked to how they’ll be sold. EV buyers are tech-savvy and they’re also price-sensitive, as they’re used to getting the best deal online.

That’s not to say they want the cheapest. Apple iPhones aren’t exactly the cheapest smartphone option, but they’re arguably the best and can easily be purchased online.

I strongly believe that car buyers will soon become so time-poor and so used to shopping online that the idea of driving to an out-of-town dealership, where they assume they’ll be pounced on by a commission-hungry salesperson, will be second only to injections in the eyeballs as to what they’d want to do with their Saturday morning.

These people are already researching their new cars online. They’re watching countless videos, reading reviews and getting advice on social media and forums.

What they want next – what I want next – is to be able to complete that circle online. I want to choose, spec, finance and order my next car online.

I want to know I’ve got the right price for it – and if I’m buying directly from a manufacturer (such as Apple) and know the price I’m quoted is the price I’ll pay, then I’ll be happy.

I don’t haggle for my iPhone, TV, sofa or bed that I buy online – the price I see is the price I pay – so when consumers can trust the manufacturer to be quoting one price, they’ll pay it. They’ll then want it delivered to their door, perhaps for a test drive, and then if they like it they’ll keep it.

Where do dealers fit into that? I’m not quite sure they do. There’ll always be a place for them in the used market, where cars are different, but I can only see new car sales drifting further away from traditional dealerships to where customers want to buy.

And if manufacturers can fix their prices and not give a margin away to a third-party intermediary, do you not think they’ll grab that with both hands? Controversial, I know, but the signs are there.