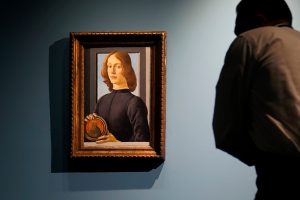 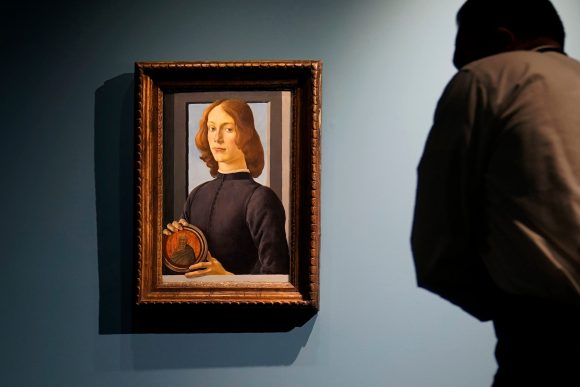 Fourth vaccine could be approved in UK

A fourth Covid-19 vaccine could be approved for use in the UK within weeks as late-stage trials suggested it was 89 per cent effective in preventing coronavirus.

The UK has secured 60m doses of the Novavax jab – to be produced on Teesside – which is believed to offer protection against the new UK and South African variants.

It was shown to be 89.3 per cent effective at preventing coronavirus in participants in its Phase 3 clinical trial in the UK, which involved more than 15,000 people aged between 18-84, of which 27 per cent were older than 65, Novavax said.

Manufacturing giant GKN is proposing to close a factory making parts for the automotive industry, putting more than 500 jobs at risk.

Unite said it was seeking urgent talks to discuss the future of the plant in Birmingham, which GKN has owned since the 1960s.

It is understood that the factory has been an industrial site since the 1930s. Unite said it has been told the factory will close in 18 months time.

Road deaths and casualties fall in 2020

UK traffic collisions in the 12 months up to June 2020 were down by 16 per cent as lockdown measures caused traffic levels to tumble.

Figures released yesterday by the Department for Transport show that as well as collisions, road deaths fell by 14 per cent compared with the previous year.

The greatest fall in casualties was registered in April, dropping 67 per cent compared with the previous year.

Lockdown in Wales to continue for three more weeks

The lockdown will remain in force in Wales for another three weeks, First Minister Mark Drakeford will confirm.

He is also expected to say today that primary school pupils may be able to begin returning to their desks after the February half-term if coronavirus rates continue to fall.

The Welsh government said the Covid-19 situation is ‘improving’ but another three weeks of Level 4 restrictions are needed to ‘allow the NHS to recover’.

Coventry, the home of car-building in the UK, is to host the world’s first air hub for flying electric cars and delivery drones.

The facility, known as Air One, will be built through a partnership involving South Korean car maker Hyundai.

It is proposed the hub will host electric Vertical Take-Off and Landing (eVTOL) aircraft, including air taxis and autonomous delivery drones, transporting people and cargo across cities over coming years.

The retail sector’s recent turmoil worsened over the past three months as more shops shuttered in the face of coronavirus restrictions, according to new figures.

The latest BRC-LDC vacancy monitor revealed that 13.7 per cent of all shops were empty during the quarter to the end of December.

Vacancy levels jumped from 13.2 per cent in the previous three-month period, as the monitor reported the 10th consecutive quarter of rising vacancies.

A small painting by Sandro Botticelli has sold at Sotheby’s in New York for 92.2 million US dollars (£67.1m), an auction record for the Renaissance master.

The work, Young Man Holding A Roundel, from about 1475, depicts a young nobleman holding a round painting of a saint.

It is one of just three portraits in private hands by the artist best known for The Birth Of Venus and Primavera.

The Home Secretary has defended the decision to leave London for a meet and greet with police officers, saying it was part of her ‘statutory duties’.

Priti Patel said it was wrong to compare her journey to Hertfordshire and the Prime Minister’s trip to Scotland during the pandemic with foreign travel made by so-called influencers.

The Home Secretary has repeatedly criticised those who appeared to be using their fame for creating content on social media as an excuse simply to go on holiday.

Shares close down as FTSE turned on its head

London’s top index was turned on its head yesterday as traders seemingly regretted some of the decisions they had made on Wednesday.

Apple’s delayed launch of its latest iPhones unleashed a seasonal buying frenzy that propelled sales of the company’s most popular product to its fastest start in years.

iPhone sales during the October-December period totalled 65.6 billion dollars (£48.07bn), a 17 per cent increase from the same time the previous year.

The live show will see the CEOs of the two publicly listed companies chat about how dealers are performing during the third lockdown.

The pair will take questions from Car Dealer editor-in-chief James Baggott, and from the audience, about what sort of buyer demand they are seeing in dealerships and on the classified advertising platform. Read the full story.

This morning, there’ll be further hill snow for northern Scotland and some showers for southern Britain for a time, says the BBC. Some light rain for northern England later and staying mostly cloudy and dry elsewhere.

Tonight will be cold and clear for the northern half of Britain. Northern Ireland and central England will see variable cloud amounts. Some heavy, blustery rain will push in to the south-west over night.

Tomorrow, as the band of heavy rain pushes into southern counties through the morning, it will turn to sleet and hill snow for Wales and the Midlands. Further north it will be a cold but a fine day.