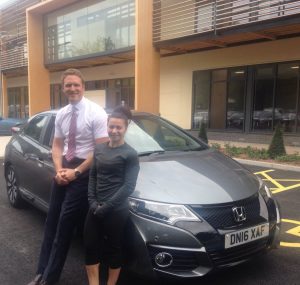 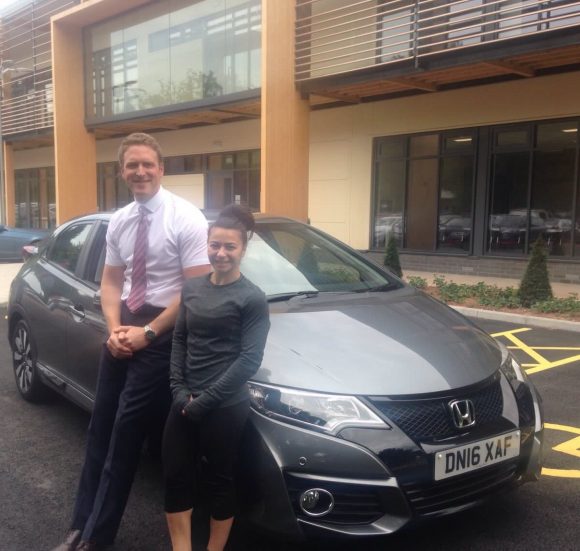 A SHROPSHIRE-BASED car dealership has affirmed its commitment to British Gymnastics by supplying a number of the team’s rising stars – including Strictly Come Dancing sensation Claudia Fragapane – with new Hondas.

JT Hughes Honda, which has sites in Newtown, Shrewsbury and Telford, has been the official fleet partner of British Gymnastics since 2009. The most recent contract, signed earlier this year, has seen the dealership supply more than 40 cars for members of the British Gymnastics team, including all-round champions Fragapane and Dan Purvis, as well as 2016 Olympics trampoline silver medallist Bryony Page – the first British trampolinist to win an Olympic medal –  and fellow British trampoline champion Luke Strong.

Since returning from the summer Olympics in Rio, Fragapane has been a regular on TV screens as part of BBC One’s Strictly Come Dancing. The 18-year-old is this year’s youngest contestant, having already picked up four gold Commonwealth medals, and three successive European silver medals.

Dan Bowdler, sales manager at JT Hughes Telford, said: ‘It’s a huge honour to be the official fleet partner of British Gymnastics. The sport is enjoying a real golden era in Britain at the moment, so it’s exciting for us to be able to play a small role in supporting that. We are immensely proud of the team’s performance in Rio and hope to continue to support them in their endeavours, both in and out of the gym.’

Claire Jackson, head of marketing and communications at British Gymnastics, said: ‘We’re delighted with our athlete relationship with JT Hughes. By supplying new Honda Civics to a number of British champions, it has supported our gymnasts’ Olympic journey and continues to support their ongoing training and engagements. They enjoy the prestige of driving these enviable cars as well as the customer service which JT Hughes provides.’

MORE: Honda UK MD on new Civic – ‘Our challenge will be supply’