Home > News > Just a week to go to the prestigious Autocar Awards! 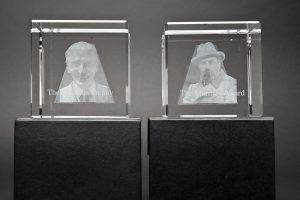 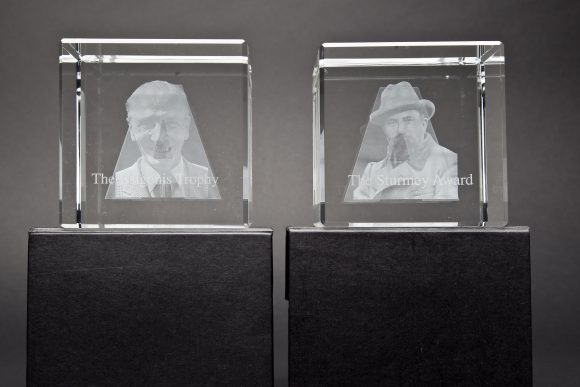 Just a week to go to the prestigious Autocar Awards!

THERE is just a week to go until the automotive industry heads to Silverstone’s iconic Wing complex for the 2017 Autocar Awards.

The Autocar Awards, which are headline-sponsored by premium tyre brand Vredestein and take place after CDX, will celebrate the best cars of 2017 and the people who created them.

This year’s winners will join an illustrious list of individuals previously honoured by Autocar for their achievements. They include McLaren’s Ron Dennis, Porsche’s Wolfgang Hatz and PSA Group’s Carlos Tavares.

The ceremony on Tuesday, May 23 will have three headline awards: the Issigonis Trophy, the Sturmey Award and the Editor’s Award. The latter, a new accolade for 2017, will be given each year to the person Autocar believes has made the biggest impact on their company’s success over the past year. 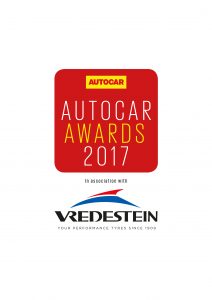 The Issigonis Trophy – named after Sir Alec Issigonis, creator of the Mini – goes to the person who has made the most outstanding contribution to the automotive industry over the past 12 months.

The inaugural winner in 2014 was former McLaren boss Ron Dennis, and in 2015 Wolfgang Hatz was honoured for his work on Porsche’s performance models.

Last year’s winner, Carlos Tavares, was recognised for his work in transforming the PSA Group’s fortunes.

The Sturmey Award, which is named after Autocar’s founding editor in 1895, celebrates innovation and achievement within the motor industry and goes to either an individual or a company. Previous winners include Tesla, Citroën design strategy chief Mark Lloyd and last year’s winner, Simon Saunders, founder and boss of British manufacturer Ariel, for his company’s innovative approach to car creation.

Autocar’s readers have also been asked to nominate the world’s most revolutionary car, with the result of the poll for the car that has altered the course of automotive history for the better being crowned the Autocar Readers’ Champion. Currently leading the public vote are the Mazda MX-5, Volkswagen Golf GTI and Honda NSX.

The Autocar Awards will be held at the Wing complex at Silverstone Circuit. Proceedings will begins at 6.30pm, after CDX, which is the largest automotive retail conference of its kind in the UK and will be held at Silverstone during the day. The Autocar Awards include an exclusive drinks reception, dinner and awards ceremony and are attended by the brightest talents in the UK and global automotive industry.

Autocar business director Darren Pitt said: ‘This year’s Autocar Awards are set to be the biggest yet. The automotive sector has enjoyed one of its strongest years, with a number of significant advances in technology and design and growing car sales, both in the UK and globally. The Autocar Awards aim to celebrate those truly outstanding individuals, companies and cars that have added to our industry in a way that sets the evening apart from other awards events.’

Tickets for the Autocar Awards are on sale now, with details available from Charlene Harry at [email protected] or autocarawards.co.uk. Numbers are strictly limited and tickets will be available on a first come, first served basis.

MORE: Don’t miss out on some great deals at CDX – check out CDX Offers!

MORE: Women in the Motor Industry returns to CDX – plus, who will be our Woman of the Year?

MORE: CDX: Four packed-out forums, 20 workshops and much more besides!

On SuperUnleaded.com: BAC Closes Down Island For Roar-some Racing Fun