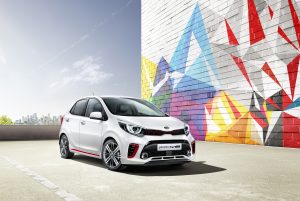 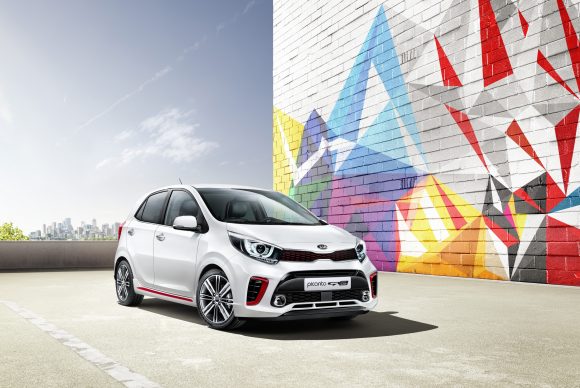 KIA has revealed the first images of its new Picanto city car ahead of the model’s unveiling at the Geneva Motor Show in March.

The third-generation hatchback, which will go on sale in the spring, is a similar size to its predecessor, although the wheelbase has been extended by 15mm, pushing the wheels closer to the corners.

Kia says the new car has been designed to have ‘a more assertive stance’ and a ‘more vibrant colour palette’. At the front, this has been achieved with a new front end featuring sharply angled lights and more pronounced air intakes on the lower bumper. The sporty GT-Line model shown in Kia’s images also features a red stripe down the skirts and on the rear valance. 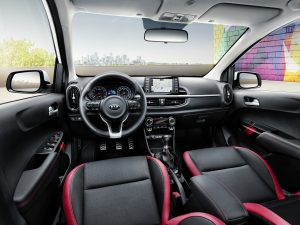 The South Korean manufacturer says the new Picanto’s cabin is ‘modern and refined’, with the central touchscreen infotainment system providing a focal point. There’s a new steering wheel, too, and the GT-Line car also appears to benefit from leather seats and automatic climate control.

Kia says the car will offer class-leading cargo capacity and cabin space, thanks to improved packaging, although the company is yet to reveal any official figures. However, more details – such as pricing – are likely to surface when the car is officially revealed in Geneva.