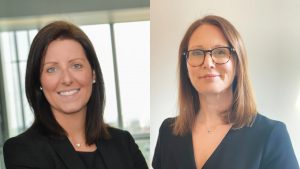 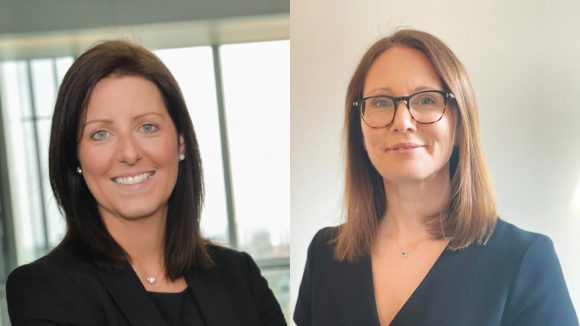 A club established to connect senior executive women in the automotive industry has been adapting to continue giving help and support during the coronavirus crisis.

Formed three years ago by Alison Ashley and Tracy Ellam, who used to work together at ASE Global, the Ladies’ Automotive Club had been holding fairly formal get-togethers twice or three times a year, with the locations alternating between Manchester, Birmingham and London.

These included subjects such as well-being and automotive-specific topics, but with a good slice of socialising thrown into the mix as well.

The next one was scheduled for the middle of May, but with the current Covid-19 crisis it quickly became apparent that wasn’t going to happen, so the club switched to a virtual social instead, including round-tables.

Ashley, pictured left, who is now the head of the national automotive specialist team at audit, tax and consultancy firm RSM UK, said this had become a weekly online get-together via various platforms such as Teams, Zoom and Skype.

It has also led to an informal and lighthearted WhatsApp group being set up, which helps the members share information about what’s going on and what they’re noticing within the industry, with the current hot topic being when dealerships may be allowed to reopen sales facilities and showrooms.

The WhatsApp group has also debated many of the topics covered by Car Dealer Magazine, such as deliveries, click-and-collect, plus protecting staff and customers.

Ashley said: ‘Despite everyone still being pretty busy and things being quite challenging, everyone’s really embraced it and been involved and said that it’s helped them either in a fun way or in a business intelligence way as well.’

Ellam, right, who is now commercial director of business intelligence company Mazepoint, added: ‘We described it as sort of keeping everybody’s spirits up.

‘Knowing that some of us are mums, with varying ages of children, it’s sharing the challenges and knowing that you’re not on your own, but also if you’ve come across any articles or any titbits then they’re shared with the group.

‘It’s ended up being a good wide community across suppliers, manufacturers and retail groups, with different disciplines being represented as well, such as HR, marketing and finance.’

The close-knit group members will do all they can to help each other, and the network includes execs up to MD level, with the weekly virtual get-together involving, for example, drinks, quizzes and general chit-chat plus catching up, all on video.

‘The virtual get-together is very much the social side, and then the sharing in between is on WhatsApp – some are just funnies to lighten up everyone’s day at the start of the day and some of it has been genuine knowledge-sharing,’ said Ashley.

Ellam added: ‘The point about the community is that it is knowing there are senior females out there who you can share with.’

This can be done privately or via the group.

Newest member Lyn Howdon, global head of academy and learning at automotive loyalty programmes specialist Chrysalis Loyalty, said: ‘I was honoured to be asked to join the Ladies’ Automotive Club.

‘The diversity of its members has provided great insight into our industry from many professional perspectives. There is also a social aspect to the group from which I know I will gain many lasting friendships.’

As important as the group is, it doesn’t see itself as a rival to the Automotive 30% Club, which wants to fill at least 30 per cent of key leadership positions in the industry with women by 2030.

Ellam said: ‘We’ve always been keen on what’s our motivation for the club, and it’s not taking on the Automotive 30% Club.

‘It’s not about campaigning for gender equality or commenting on what a difficult time females have had in the automotive industry for however many years, because none of us have found it that difficult.

‘We’ve all achieved a lot in this industry and I would never want to be further away from it than I am now. I couldn’t imagine operating in any other industry.

‘It’s about connecting and providing that environment where senior females can connect and we can just be a social group. We are purely about being social.’