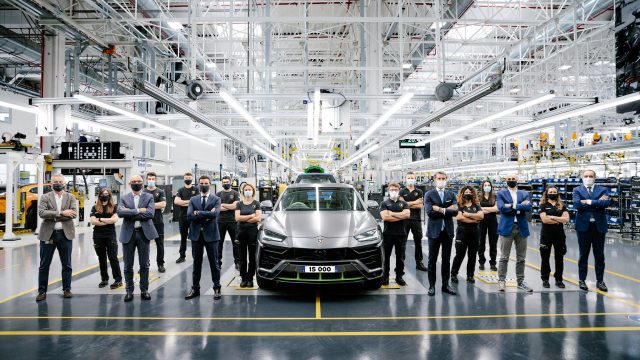 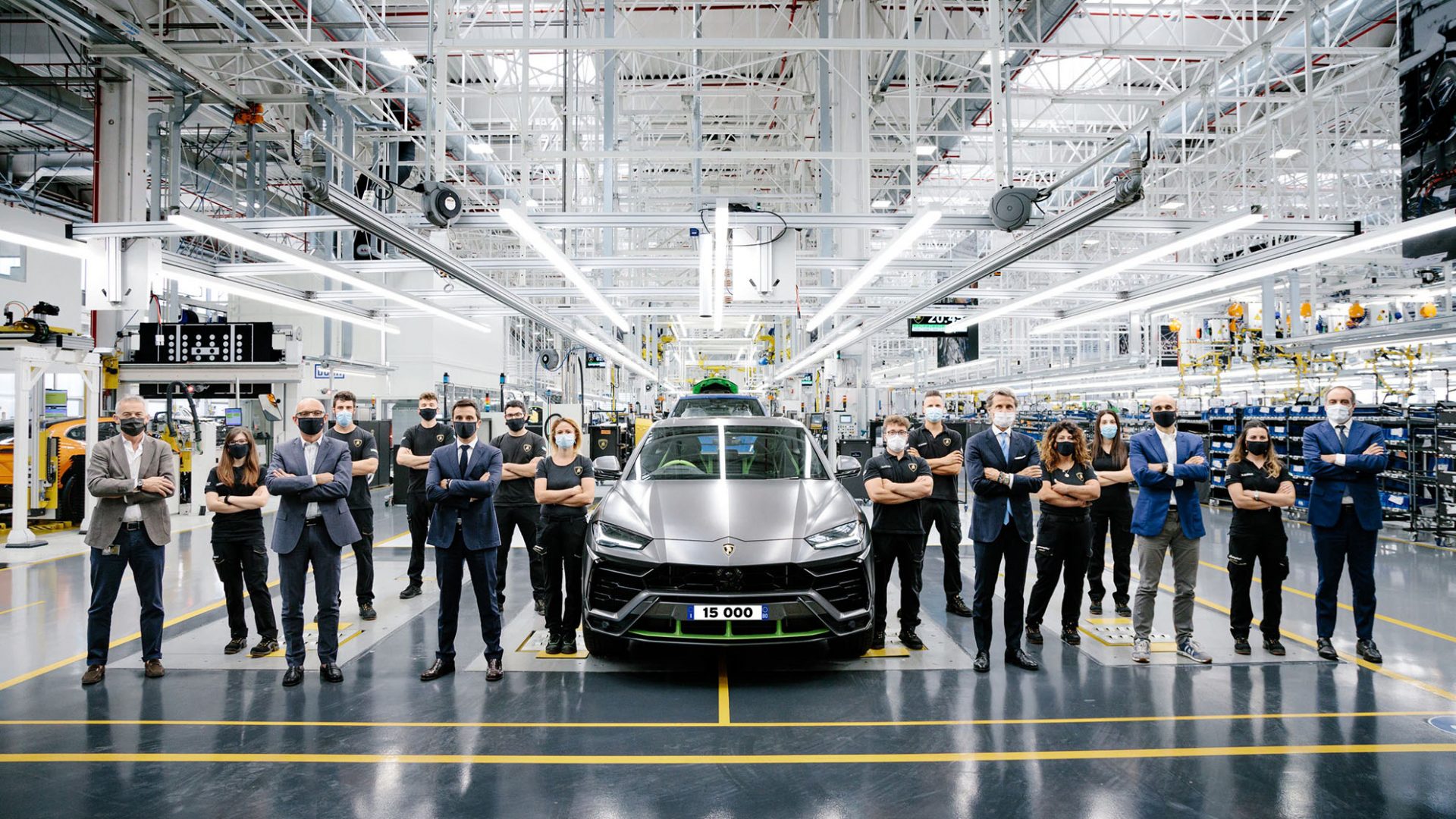 Lamborghini has notched up a milestone for its best-selling model the Urus SUV after building 15,000 in just three years of production.

It makes it the manufacturer’s highest-produced model in the shortest time – and what’s more, this special one is heading to the UK.

The exterior of the right-hand-drive model is Grigio Keres Matt grey from the Graphite Capsule colours collection, with green accents on the bodywork.

Inside, meanwhile, has a two-tone black-and-green theme.

The Urus has been a huge sales hit for Lamborghini, with the firm expanding its factory to cope with demand, and it contributed to overall sales doubling in 2019 – the first full year it was on sale.

Prices start at about £140,000, with standard equipment including adaptive air suspension, carbon ceramic brakes plus a twin-screen infotainment system.

The Urus’s continued popularity in the luxury SUV market also contributed to Lamborghini achieving record sales in the first half of this year, with 4,852 cars delivered so far.

James Baggott: I’ve been driving the good, the bad… and the Urus