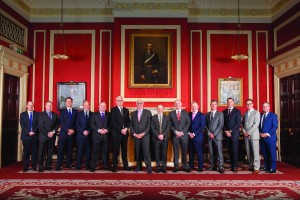 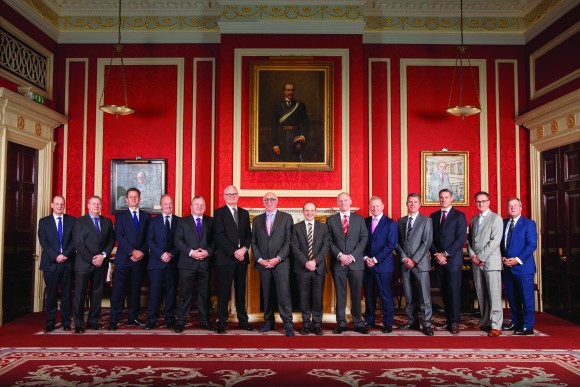 THE latest edition of Car Dealer Magazine is ready to be downloaded to your iPad FREE of charge.

It includes interviews with our Automotive Influencers, a feature we have run for several years now. Find out what some of the leading figures in the UK automotive industry – including manufacturer chiefs, dealer group bosses and some of the top suppliers – expect to happen in the year ahead. 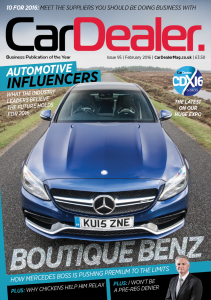 Will the VW scandal lead to lasting damage to the car market? Do they think self-driving cars will be on the roads any time soon? And do they prefer Costa or Starbucks coffee?

Our MD James Baggott talks to Gary Savage, the boss of Mercedes-Benz in the UK – who has a rather unusual way to wind down when he’s not at work. Find out why Savage thinks Mercedes is doing so well in Britain – and discover his thoughts on the thorny issue of pre-registrations.

We also have the full-year new car registration figures from the SMMT. As you’ve probably heard by now, it was a record year for the new car sales in the UK. Find out which manufacturer was at the top of the tree and which ones are bottom of the heap.

We’re also delighted to bring you the first Car Dealer magazine standalone Suppliers’ Guide – containing details of hundreds of companies you could be working with in the year ahead.

Included within it – and also within the main mag – is our ’10 for 2016′ feature, in which we profile some of the leading suppliers out there.

With the usual dose of legal advice from Lawgistics, our entertaining columnists and a useful 2016 wall planner courtesy of our friends at Key Tracker, Issue 95 of Car Dealer is not to be missed.

MORE: James Baggott: 2016 could well be the year of the EV – and other predictions

On SuperUnleaded.com: I Think We’re Going To Need A Bigger Ice Scraper