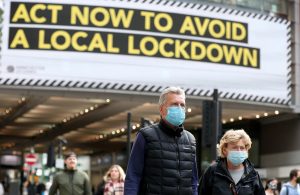 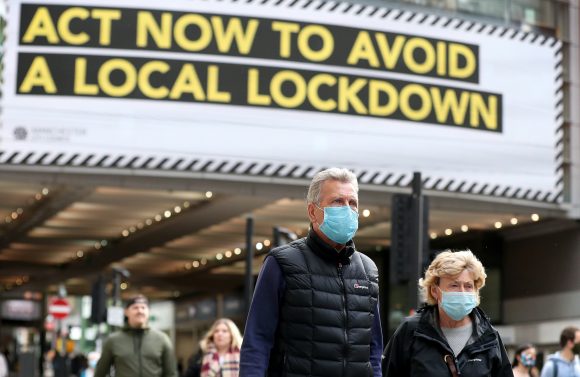 Local lockdowns could force car dealerships to close again as reports suggest ministers are considering tiered restrictions in a bid to combat the Indian variant.

The Times reports today that government officials have been locked in talks, drawing up plans modelled on the Tier 4 restrictions introduced last year.

The move could see all non-essential retail – including car dealerships – close on a regional basis.

Among the worst affected areas are Bolton and Blackburn, both in Lancashire, where the Indian variant is now the dominant strain of coronavirus.

Downing Street and Matt Hancock, the health secretary, made clear yesterday that local lockdowns were not being ruled out.

Hancock said: ‘It is not where we want to go. Of course we don’t rule it out, but we have seen the approach that we are taking [surge testing] works.’

Cases of the Indian variant across the country have risen by 76 per cent since Thursday to 2,323 with the strand spreading to 86 areas nationwide.

Bedford’s director of public health has also said she was ‘really worried’ about the local increase in Covid-19 cases linked to the Indian variant.

Vicky Head said cases in the borough had jumped from ‘three or four’ a day to up to 10 times that figure over the past month.

Showroom bosses have told Car Dealer the plans for local lockdowns would be ‘devastating’.

Robert Gold, from Inchcape Used Motor Centre in Bolton, said any further lockdowns could force small dealers out of business.

His dealership’s sales were down by around 25 per cent last year due to the restrictions.

Gold said: ‘We obviously want to avoid any more lockdowns as much as possible.

‘We have all worked really hard to make sure everything is Covid secure for our staff and customers.

‘Our sales were probably down by 20 to 25 per cent because of the lockdowns and it was absolutely devastating to lose out on that much money.

‘We’re a really big dealership so would be able to survive if they do bring in these local lockdowns, but smaller dealers would be at serious risk of going out of business if this were to be brought in.’

Among those to express concerns that new local lockdown measures could force them out of business was Glynn Nicholson, boss of used car dealership The Car Mill in Blackburn.

He reported an even higher sales slump of 30 per cent last year and called for further government support in the event of new restrictions.

He said: ‘Any new local lockdown would obviously prevent people coming to the area and have a negative impact on business again.

‘During the last lockdowns our sales were probably about 30 per cent down and it’s left us on the brink for sure.

‘It is a lot of money to lose and still be able to survive.

‘If we were to see another lockdown come in and last for say two months it could be the end of us.

‘We would be heavily reliant on help from the government through things like the furlough scheme.

‘We still have staff, rent and bills to pay and it would be very hard to survive without that help.’

It has been reported that government officials are planning to adapt restart grants which offer businesses payments of up to £18,000.

The scheme, which is administered by local authorities, could be adapted to directly compensate businesses in affected areas. The furlough scheme is currently due to end in September.

It is also understood that Prime Minister Boris Johnson views local lockdowns as a ‘last resort’.

Last year, the tired restrictions were used extensively across the country in an attempt to contain the rise in cases. It saw dealerships shut in some parts of the country and open in others.

Leicester was the first area to go into a local lockdown on June 30 last year.

Under Tier 4 car dealerships were closed and forced to operate using click and collect and home delivery only.

Greater Manchester mayor Andy Burnham said the focus should instead be on accelerating the vaccine programme in hotspots rather than local lockdowns.

He said: ‘Last year, tiers did not work – they did not stop the spread of the virus.

‘It would be hard for me to put out a message of caution in Greater Manchester when nationally the messaging is very different, that the road map is proceeding.

‘We struggled with that mixed messaging all of last year.’