Lookers in drive to raise funds for Prince’s Trust 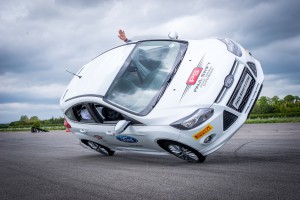 MORE than £15,000 was raised for the Prince’s Trust charity at an exclusive driving challenge held by car dealership Lookers.

The event, which took place at the historic Croft Circuit in Yorkshire, gave Lookers clients the chance to get behind the wheel of some of the world’s fastest cars.

Guests had the opportunity to drive in four different adrenalin-pumping zones, in some of the world’s most iconic vehicles including Ferrari, Maserati and Aston Martin. There were also track and off-road vehicles and guests could even try their hand at stunts with world record holder and seven-times British motorsport champion Paul Swift.

The event was in memory of John Walls, a leading businessman in the north east and member of the Prince’s Trust Committee.

Speaking about his legacy, Lookers managing director Nigel McMinn said Walls was ‘a great influencer who never took no for an answer’. 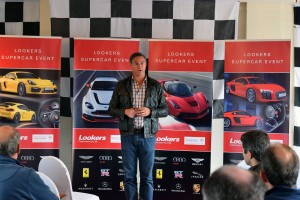 Nigel McMinn at the event

He added: ‘The Lookers Supercar event was a chance for us to remember John and the amazing work he undertook for the Prince’s Trust to give young people a better start in life. We are thrilled to have raised funds in his memory and hope this will ensure continuation of the work he did with the Prince’s Trust.

‘John was a total professional in everything he did, and combined that with having great fun along the way. We wanted this event to be a fitting tribute to him, combining as it does his love of cars and the charity he worked so hard for during his life.’

MORE: 40 per cent of trade buyers bid on vehicles ‘out-of-hours’

MORE: Chris Evans has another job – as a supercar salesman… 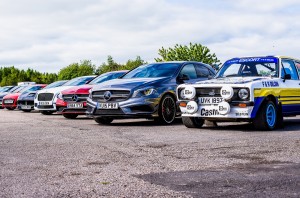 Some of the cars at the event